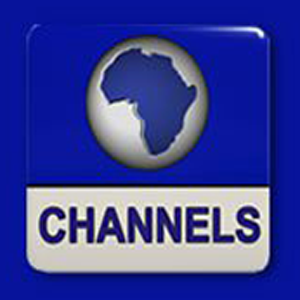 In what seemed to be yet another move by the Nigerian government to suppress press freedom, the National Broadcasting Commission (NBC), which regulates the activities of broadcasting stations in the country, on August 24, queried privately-owned Channels Television for granting interviews allegedly considered to be critical of President Muhammadu Buhari.

The query, which was obtained by the Media Foundation for West Africa’s correspondent in Nigeria, was directed to the television’s Managing Director and titled, ‘Notice of Infraction.’

The NBC Director-General Balarabe Ilelah in the query stated that Channels TV violated the broadcasting code when its Sunrise programme of August 24 hosted Dr Samuel Ortom, the governor of Benue state in northwestern Nigeria.

The broadcasting regulator claimed that during the programme, Ortom used words that were “inciting, divisive and unfair” – “which were not thoroughly interrogated by the anchors.”

“Consequently, Channels Television is required to explain why appropriate sanctions should not be applied for these infractions of the Nigeria Broadcasting Code,” NBC said, adding that the station’s response should reach the commission within 24 hours of the receipt of the query.

The Media Foundation for West Africa’s correspondent watched the interview the NBC referred to. The video clip saw Mr Ortom lamenting the growing insecurity across Nigeria, particularly in his state where hundreds of people have been killed and thousands displaced as a result of banditry attacks, herder-farmer conflict, among others.

Ortom said, “Mr President is pushing me to think about what they say about him…that he has a hidden agenda in this country is true because it is very clear that he wants to ‘Fulanise’ [this country]. But he is not the first Fulani president.

“[Shehu] Shagari was a Fulani president; [Umaru] Yar’Adua was [also] a Fulani president, and they were the best in history. But President Buhari is the worst president when it comes to the issues of security and keeping his promises.

“Go back to 2015, what did he [Buhari] say? He talked about human rights issues, press freedom, the economy, corruption, security… Tell me one that Mr President has achieved.”

Channels TV has not publicly reacted to the NBC query but debunked the rumours which went round on social media that its anchors were arrested after they went to the NBC office in Abuja. It clarified that the anchors were invited by the NBC but returned on the same day.

Nevertheless, media analysts stressed that the incident was yet another pointer to NBC’s growing intolerance for views critical of the government and President Buhari.

In October 2020, NBC fined Channels TV, Arise TV, and African Independent Television each to the tune of N3 million ($7,300) for their reportage of the #EndSARS protests.

Also, in April 2021, NBC fined Channels TV N5 million ($12,200) over an interview the station held with Mr Emma Powerful, the spokesperson for the Indigenous People of Biafra (IPOB), a proscribed secessionist group in the country’s Southeast region.

Outraged by the latest query issued to Channels TV, a non-governmental organisation, Socio-Economic Rights and Accountability Project (SERAP), has threatened to file a lawsuit against NBC over the repeated harassment.

“We’re suing to end the harassment of Channels TV simply for carrying out its professional duties if the unlawful NBC query issued to the station is not withdrawn within 24 hours,” the group said.