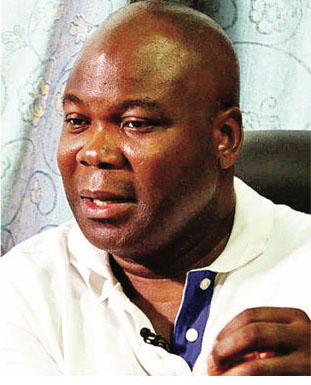 The offices of FrontPageAfrica (FPA), Liberia’s leading online newspaper, were shut down early on April 9, 2018 with its staff arrested and bundled away by sheriffs of the Civil Law Court in Monrovia.

The action was in connection with an advertiser’s announcement published in the March 16, 2018 edition of the newspaper, which has become the subject of a defamation suit.

The plaintiffs, Mr. Henry A. K. Morgan, and Moses T. Konah, claim that they have been defamed by the said publication which said they were not authorised to transact business in relation to the “Estate of Christine Morgan-Richards”, of which they are the administrators.

They plaintiffs are seeking an amount of US$500,000 as special damages, US$1,000,000 representing general damages and US$350,000 as punitive damages against the paper. This is in spite of the newspaper having published an erratum to the announcement on March 23, 2018, at the request of lawyers of the plaintiffs.

Seven members of staff were heard for some three hours before Judge Yamie Quiqui Gbeisaystaff released them on US$350,000 bail bond. The Judge also ordered the sheriff to impound properties, including vehicles, equipment and any other assets of FPA against the bond. The media house however resumed work later in the day.

Managing editor of FPA, Rodney D. Sieh told the MFWA’s national partner organization in Liberia, CEMESP, that the action is a “politically motivated witch-hunt”. The government has denied that accusation.

The Press Union of Liberia said the judicial system has punished the media house before listening to them, and appealed to Liberia’s Chief Justice, Francis Saye Korkpor, to intervene.

The MFWA believes the judiciary’s approach to this case has been overbearing and could send a chilling signal to the media. It is intimidating for a civil matter to be handled in such a punitive manner. This incident reinforces our earlier call on President Weah to prioritise the decriminalization of press offenses in Liberia.