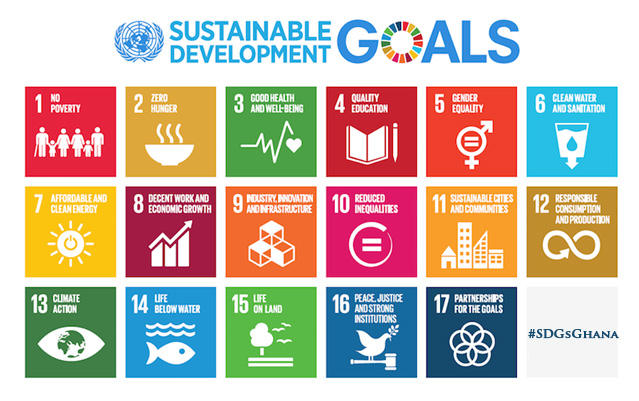 The Media Foundation for West Africa (MFWA) in collaboration with the UN system in Ghana will, on Monday, October 24, 2016 hold a Special Awards Ceremony to reward Ghanaian journalists who have demonstrated excellence in reporting on the Sustainable Development Goals (SDGs).

The initiative forms part of an MFWA-UN collaborative project aimed at enhancing the media’s capacity to contribute to advancing public understanding, support and involvement in the implementation of the SDGs. The project is also aimed at encouraging and supporting the media to mainstream the SDGs in development reporting.

Under the project, which is funded jointly by UNDP and UNESCO, dozens of journalists from across Ghana were trained on the SDGs and how to support their effective implementation through quality reporting on the Goals. Subsequently, a number of the trained journalists were supported with small grants to research, produce, and broadcast or publish stories on the SDGs.

Journalists who produced reports were invited to submit their works for consideration for awards. Several entries were received for the awards out of which the judging panel settled on six nominees. The panel also selected the overall best reporter, and first and second runners up.

The following are the six nominees for the awards listed in no particular order:

Furthermore, the top three nominees will be inducted into MFWA’s prestigious Journalism for Change (J4C) Network. Members of the network are offered regular training opportunities both locally and internationally to enhance their capacity to influence positive changes in society through journalism.

The awards ceremony will bring together representatives from the UN, National Development Planning Commission, the Civil Society Platform on SDGs and the media. The programme will be held at the Ghana International Press Centre at 1:30 pm.