The GambiaSafety of Journalists
July 10, 2022 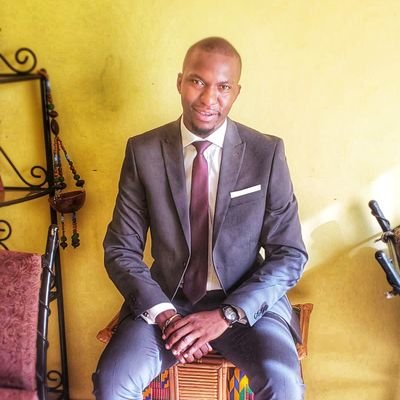 The Gambia Press Union (GPU) one of MFWA numerous partners in the subregion has issued condemnation following an arbitral arrest of the Editor-In-Chief of the Gainako Online news portal.

As the arrest was virtually unprovoked and only appeared to be a. show of force, the GPU’s condemnation was strong. The MFWA associate with this condemnation.

On July 7 July, 2022  the GPU received official reports that on the 5th of July 2022, Yusef Taylor, had been arbitrarily arrested and reportedly charged with “obstructing a police officer in the execution of his duty”.

Mr. Taylor was detained at the Senegambia Police Station for four hours after attempting to report on the latest arrest of Neneh Freda Gomez and Lamin Sey of the medical charity, Global Home of Medical Mission (Global HoMM).

Global HoMM is involved in a disputewith the Government of The Gambia over a plot of land for which the former has obtained court judgements in its favour as being the rightful owner of the land on which the government is said to earmarked for the construction of a hotel for the 2022 OIC Summit.

Mr. Taylor has consistently reported on this case including fact-checking government statements and narratives on the matter, and had found some of these claims to be “false or misleading”.

He was released later and said he was informed by the police that he had been charged with “obstruction”.

Taylor was arrested after police officers forcibly tried to remove him from the station’s premises (thereby assaulting him) when he tried to enquire about the detention of the Global HoMM representatives Neneh Freda Gomez and Lamin Sey.

After initially trying to force him out of the station in a highhanded manner, leading to the tearing of his shirt, the officers then decided to drag Mr. Taylor into the station and locked him up in one of the cells, according to a colleague who witnessed the incident and a GPU Safety Officer who visited the police station where the journalist was held.

“The GPU condemns the actions of these officers in their entirety, and is dismayed by the unfortunate never-ending trend of journalists being assaulted by security personnel, especially the police,” GPU President, Muhammed S. Bah, said. The GPU’s position as articulated by Mr. Bah reflects the position of the MFWA on this issue.

This incident is reminiscent of the events of June 2020, when Ebou N. Keita was arrested, detained, and later released without charge for photographing police officers arresting people protesting against the country’s COVID-19 restrictions.

“It is also a stark reminder that while the exercise of free speech and press freedom guaranteed under the 1997 Constitution has significantly improved since 2017, more needs to be done to better protect the rights of journalists who continue to come under attack from security forces for simply carrying out their constitutional duty of holding the government accountable,” Bah said.

The MFWA, in solidarity with the GPU calls on the Gambia Police Force to exercise restraint and cease from the use of force on journalists who have a significant mandate of not only holding the government to account, but promoting the public’s right to know – a fundamental aspect of freedom of expression, access to information and the promotion of democracy and good governance.

The alleged offence is considered assault under section 230(b) of the Gambian Criminal Code which carries a two-year prison term if one is found guilty, according to GPU research.

“We call on the police to drop the charge of ‘obstruction’ against Mr. Taylor without condition and stop the continuous harassment of the journalist by asking him to be reporting to the Senegambia Police Station,” GPU Secretary General, Modou S. Joof, said.

“Journalists are not the enemy, and we believe that the principles of the Constitution can only be upheld when journalists are allowed to do their work without harassment, intimidation, and arbitrary arrests,” Joof said.

The GPU is committed, ready and willing to continue engaging state authorities and security sector leaders with a view to promoting an enabling environment for press freedom, especially with regards to the safety of journalists.