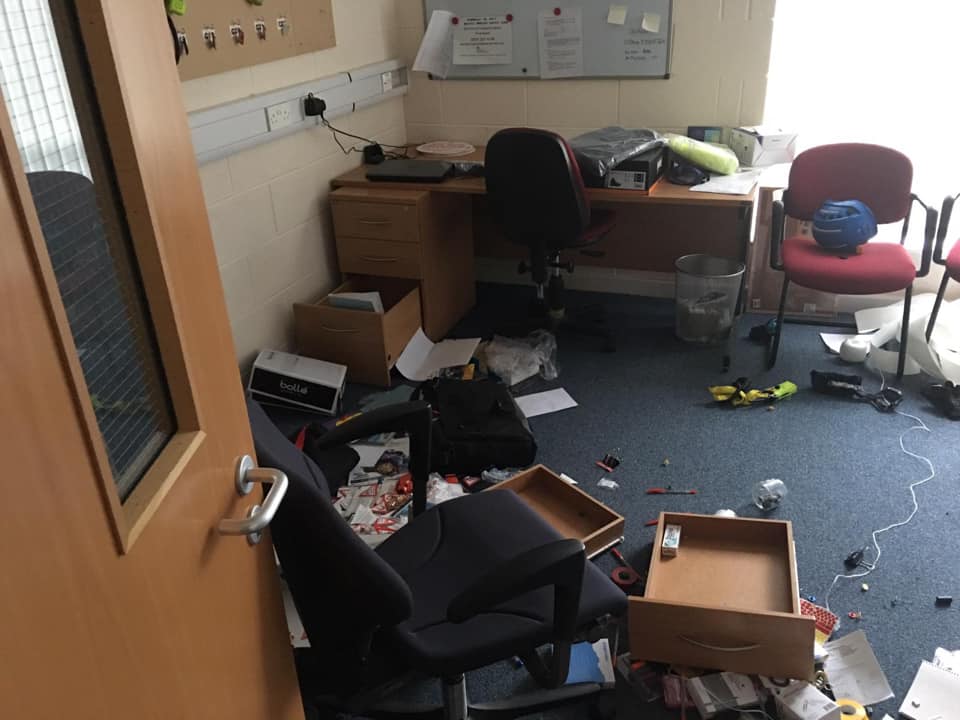 The Media Foundation for West Africa (MFWA) is deeply concerned about the assault on the premises of a private radio station a few days before the presidential elections in Benin.

President Patrice Talon’s term of office, which expired on 5 April 2021, was extended by 45 days following amendments to the 11 December 1990 Constitution, leading to various disturbances and acts of vandalism throughout the country.

Shortly after midnight on 6 April, demonstrations broke out in the country in response to a call by some exiled opposition figures. Tyres were burnt on Etoile Rouge square in Cotonou, roads were blocked in the vicinity of the University of Abomey-Calavi, and the opposition mobilisation was felt in several other cities of the country, namely in Porto-Novo, Parakou, Savè, and Tchaourou.

The rioters trashed and ransacked several infrastructures during these demonstrations. For instance, in Parakou, the main town located more than 410 km north of Cotonou, demonstrators ransacked the headquarters of one of the parties in alliance with the ruling party.

Urban FM, a private radio station owned by Charles Toko, the deputy mayor of Parakou, was also ransacked and looted by the demonstrators for allegedly being a propaganda organ of the ruling party.

The radio station made this statement on its Facebook page: “On the night of this Monday 05 April the radio URBAN FM, they destroyed everything and even took away working materials, as well as those of its digital partner channel 2MC TV.”

Reacting to the incident, the radio’s promoter, Angelo Ahouanmangnan, told the local press in Cotonou that he was awakened at dawn on 6 April by one of Urban FM’s managers, who informed him that the radio’s premises had been completely ransacked. A crowd of young rioters stormed the headquarters of Urban FM in Parakou and “destroyed everything in their path: studios, control room, offices and all the technical and computer equipment”.

While denouncing the violence recorded during the scattered demonstrations in Benin, the Media Foundation for West Africa (MFWA) strongly condemns the excesses that could endanger innocent lives and serve as a pretext for the excessive use of force by the authorities against the demonstrators and for the violation of their right to peaceful demonstration.

The MFWA further urges the authorities to investigate the attack on the media outlet and to prosecute those responsible for the vandalism.