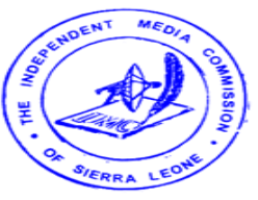 The Media Foundation for West Africa (MFWA) is deeply concerned about threats by Sierra Leone’s media regulatory body, the Independent Media Commission (IMC), to suspend some media outlets for various acts of non-compliance, and urges the media in particular to take steps to avert such an eventuality.

The Chairman of the IMC, George Khoryama, on July 25, 2019, said the Commission will suspend about a dozen newspapers for refusing to pay two million Leones each in fines (about US$215) for publishing offensive and libelous reports. He added that the IMC is also planning to suspend some newspapers and radio stations for failing to renew their license for more than two years.

According to Mr. Khoryama, the commission after receiving complaints of offensive content from individuals against certain newspapers, fined the offenders after establishing their guilt.  However, the commission indicate that most of the newspapers involved have not paid the fines, hence the decision to ban the defaulters very soon.

“We were investigating 19 newspapers and out of these 19, we found 15 wanting for breaching the IMC rules,” Khoryama said. The IMC chair added that only three of the 15 defaulting media organisations have paid the fines.

Meanwhile, a number of newspapers and radio stations are reported to have defaulted in the payment of license fees for more than two years. The stations are being processed to be shut down, the IMC chairman warned.

Given that the shutdown of media outlets greatly affects citizens’ right to information and the livelihood of the media workers, the MFWA finds the threat to suspend over a dozen newspapers and many other radio stations as worrying. We therefore urge the media outlets concerned to approach the IMC and negotiate a payment plan for the licence fees.

With regard to the fines, we find the amount involved to be quite modest, and so we urge the owners or managers of the concerned media outlets to pay them immediately to avoid getting their stations shut down. The amount involved is a fraction of what the media organisations would have spent in legal fees if the complainants had chosen to file suits for defamation at the court. The media owners must therefore reciprocate the indulgence of the IMC by paying the fines, which, more importantly, are much less than the losses that would result from the closure of their respective media outlets.

We also urge journalists, especially editors, to ensure more rigorous cross-checking of information before publication as required by the code of ethics in order to avoid publishing erroneous information and the attendant risk of defamation suits or complaints and, ultimately, possible loss of public trust.