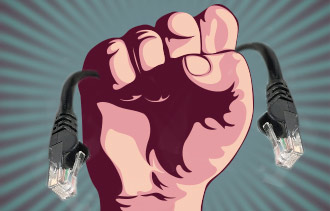 In what might greatly alarm social media users and freedom of expression activists, two senior officials have revealed that the government is introducing new laws to regulate social media “because many Nigerians are misusing it.”

The Chairman of the Senate Committee on ICT and Cybercrime, Abdul Fatai Buhari said a draft bill has already been presented to the senate. He added that the draft bill has passed the first reading.

The senator who revealed this on the side-line of the 2018 Cybersecurity Conference in Abuja on June 26, 2018 said if social media is left unregulated, the activities of Nigerians on social media could set the country on fire as the country approaches national elections.

The Minister of Communications, Adebayo Shittu, confirmed the government’s resolve to control the cyber activities of citizens. He said his Ministry was working with the Office of National Security Adviser (ONSA) and the National Assembly (NASS) to put in place measures that impose sanctions on those that undermine the country’s interests and global security on the cyberspace.

This Bill if approved will join the growing list of laws being adopted by governments in West Africa and Africa generally, to restrict free expression online. In most cases, these measures turn out to be veiled attempts to persecute internet users who are critical of government and public officers.

The MFWA, therefore, urges the Nigerian authorities to adopt a multi-stakeholder approach to ensure that the resultant legislation is progressive, in keeping with international standards, supportive of privacy and of freedom of expression online in the country.