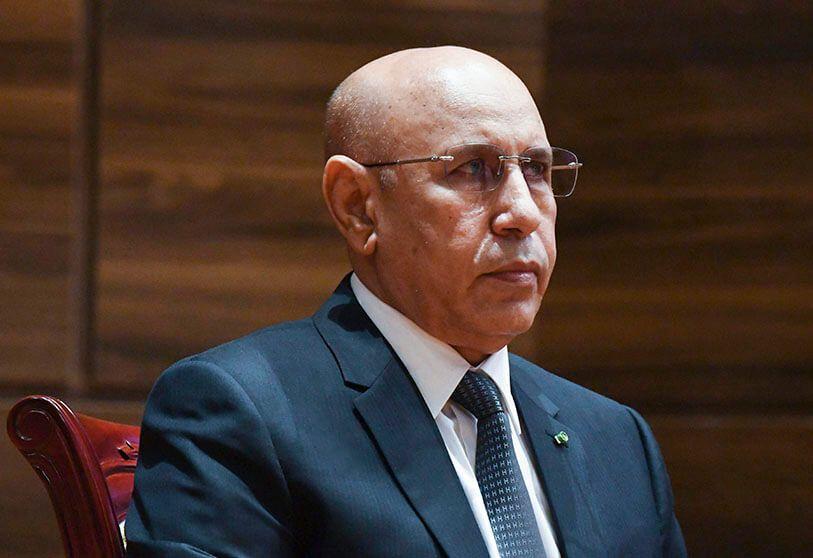 The Media Foundation for West Africa (MFWA) is alarmed at the series of detentions and arrests of media professionals and social media activists using provisions of Mauritania’s new cybercrime law which appears to criminalise press and opinion offences.

On July 12, 2021, a social media activist, Neny Ould Ahmed Ould Kerkoub, appeared before an investigating magistrate who placed him under a detention warrant in the civil prison of Nouakchott. The public prosecutor’s office of the West Nouakchott region accused the activist of undermining national unity.  The charge against Ould Kerkoub came a few days after he was arrested by the police and taken into custody for having signed and disseminated on social media platforms, Whatsapp and Facebook, a statement calling for the secession of northern Mauritania.

Alioune Ould El Hassen Ould M’barek, known as “Alex”, is in the same situation. Arrested by the Mauritanian police on July 9, at Nouakchott’s Oumtounsy International Airport as he arrived from Angola, he is accused of disseminating audios described as “incitement to racism.” Alioune Ould El Hassen, who is being detained in Nouakchott civil prison, is suspected of having used a “computer system for the recording and publication of audios inciting violence and racial hatred.”

“The use of the internet to undermine public stability, spread false rumours or hatred and incite social groups against others is unacceptable,” the Mauritanian president said on July 5, 2021, while on an agricultural tour in Rosso, a town on the Senegal River in the far southwest of the country. “Whoever acts in this way is playing with fire, and I do not advise them to do so,” he stated.

Yet another activist, Mohamed Abdellahi Ould Bounena, was on May 8, 2021, summoned by the police station of Arafat 1 (southern suburb of Nouakchott, the capital). He had posted on his Facebook page a story about an alleged murder which he subsequently retracted.

“The news we published about the murder is not correct. So, we apologise to everyone. Glory to the one who is not wrong”. These were the words of apology from Ould Bounena who had realised that the information published was wrong. This correction did not prevent him from being arrested for disseminating false information on social media. Ould Bounena was kept in custody for 72 hours before being released.

A few weeks earlier (24 April 2021), his colleague Abdellahi Mohamed Ould Atigh had been arrested and detained for 48 hours at the Boutilimitt police station, following a complaint from the Minister of Social Affairs, Childhood and the Family. The journalist was arrested for defamation and disseminating false information on social networks after he questioned the transparency of the disbursement of funds meant to support vulnerable people economically affected by the COVID-19.

These last two arrests took place in a context defined by an upsurge in crime in Nouakchott and Nouadhibou. The interior minister’s tough talk on the 3rd of May in the National Assembly seems to indicate that the government blames journalists and social network activists for spreading psychosis.

Before the MPs, the Minister of the Interior and Decentralisation, Mr Mohamed Salem Ould Merzoug, said: “Some circles active in social networks are always trying to impose their vision of individual and collective freedoms, and to present it in a framework that contradicts the laws and regulations in force. We need to agree on the general framework in which these issues should be addressed instead of raising them in a superficial manner and with inaccurate figures”.

Mr Merzoug went on to say that no one, whether a blogger or a journalist, can undermine the security and peace of mind of citizens. “Anyone who publishes inaccurate things, and stirs up division and hatred between citizens, will be brought before the courts as provided for by law,” the minister noted.

Harassment of media and network professionals persists in Mauritania. In addition to these arrests, Mohamed Salem Kerboub has been languishing in Nouadhibou civil prison since 7 January 2021. Like Mohammed Ould Atigh, Salem Kerboub, a regulator columnist for mauritannetblogspot.com., had also raised issues about the management of funds meant to support poor people to cope with the COVID crunch.

Mohamed Haibeitna Delchoul and Bilal Abdarrahmane, who assisted the journalist in gathering information and verifying the facts, have also been placed under judicial supervision and are required to report daily to the Nouadhibou court.

Excessive” sanctions in a state that claims to be democratic

In Mauritania, the National Assembly on June 25, 2020, adopted a law presented by the government to regulates publication of false information on social media networks. The penalties provided for by the law vary from three months to five years in prison with fines of 50,000 MRU (1.260 USD) to 200,000 MRU (5040 USD).

In defending his text, the then Minister of Justice (a lawyer), Haimoud Ould Ramdan, who tabled the bill, warned against the manipulation of information with the emergence of new types of communication, in particular social networks, which allow anyone with a computer or mobile phone to write and publish whatever they want.

The Minister of Justice had indicated that in recent years the judicial authorities had received many complaints from people concerned about publications on social networks.

But there was a legal vacuum, as the criminal law did not have provisions for cybercrime. Human rights activists and defenders denounce the sanctions as “excessive and disproportionate” in a state that claims to be democratic. The text provides for the criminalisation of the dissemination of “fake news”, and “undermining state security and national unity”. They see it as a way to “muzzle the press”.

Thus, beyond the legitimate concern to fight against abuses, defamations and other insults on the web, the MFWA invites the Mauritanian government not to systematically resort to liberticidal laws likely to stifle any form of democratic expression by Mauritanian citizens, and to comply with the provisions of the constitution, the fundamental law of the Republic. We call on the judicial authorities to enforce the laws in a way that protects freedom of expression and of the press, even while seeking to guarantee state security.