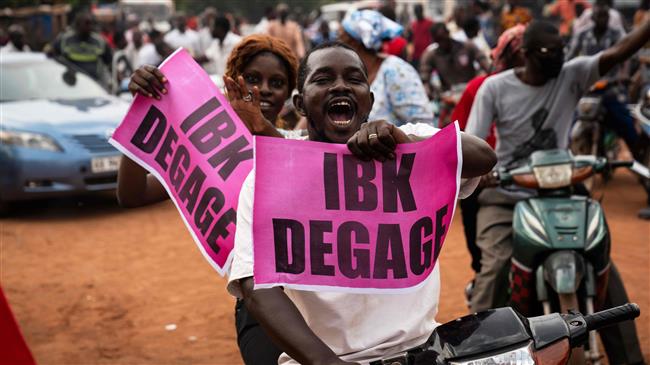 The Constitutional Court in Mali has cautioned the public against “insurrectional, subversive, seditious remarks” on social media and the media, in what the Media Foundation for West Africa considers as an attempt at dissuading and intimidating critics of the Executive.

On June 1, 2020, the Court issued a statement saying the “Constitutional Court of Mali brings to the attention of national and international opinion, that as the oversight institution with a mandate to legally safeguard the Constitution and the proper functioning of the Institutions of the Republic, we note with regret that in violation of the Constitutional and legal provisions and of republican conventions, some political parties and movements are publishing on the social networks and in the media  insurrectional, subversive, seditious remarks calling for the resignation of the foremost Institution, which is the President of the Republic.”

“While condemning these acts which undermine social cohesion, the Court also objects strongly to any attempts to question the Republican and secular character of the State,” the statement signed by the Court President, Madam Manassa Danioko added.

The statement also mentioned the following Provisions of the Mali Constitution:

Article 45: Political parties must not prejudice security and public order, as well as individual and collective rights and freedoms, etc. No party can be formed and organized on an ethnic, religious, linguistic, regionalist, sexist or professional basis.

It also made reference to Article 4 of Law n004-038 / of 05 August 2004 relating to associations which reads “Any association based on a cause or for the purpose of an illegal object, contrary to law, public decency, or which would have the aim of causing harm to the integrity of the national territory and to the republican nature of the State, is null and of no effect.”

It thereafter urged the Government “to scrupulously enforce the above-mentioned articles of the Constitution and of the political parties’ charter, without prejudice to the penalties provided.”

The caution came four days ahead of a massive demonstration called by a coalition of religious bodies, the political opposition and civil society organisations to demand the resignation of President Ibrahim Boubacar Keita for perceived bad governance, particularly in the area of security. As expected, the traditional and social media have been extensively used to summon public support for the cause and to mobilise the masses for the demonstration.

Mali has been grappling with insecurity since the outbreak of jihadist insurgency in parts of the country about a decade ago. The leader of the opposition, Soumaïla Cisse, was abducted by armed men in March 2020 in the region of Tombouctou. Keita, who is still being held by his captors, had gone to Tombouctou to campaign ahead of Mali’s legislatives elections.

The MFWA strongly disagrees with the Mali Constitutional Court’s description of the calls on President Ibrahim Boubacar Keita to resign as an act of subversion. In a democracy, citizens, activists and political parties have the constitutional right to express disapproval of the performance of elected leaders and even to demand their resignation for poor performance. If citizens are denied this right, impunity and lack of accountability will become entrenched. Also, it is the denial of such rights that can lead to rebellion and breaches of the peace.

We also find it problematic for the Constitutional Court to call on the Executive to enforce the law against its critics and the opposition, especially at a time when the government is under pressure and might be tempted to crack down on dissent.

Also, the government cannot enforce the above-mentioned laws without recourse to the courts. Unfortunately, the Constitutional Court has prejudiced itself by describing as seditious the demand for President Keita’s resignation. Consequently, it has disqualified the judiciary as an impartial adjudicator, in case the government decides to persecute its critics and opponents.

In the light of the above, the MFWA urge the Constitutional Court to desist from taking positions that can encourage the Executive to censor or harass its critics and opponents.

Meanwhile, we commend the organisers of the June 5, 2020 demonstration and the security forces for the peaceful conduct of the event.