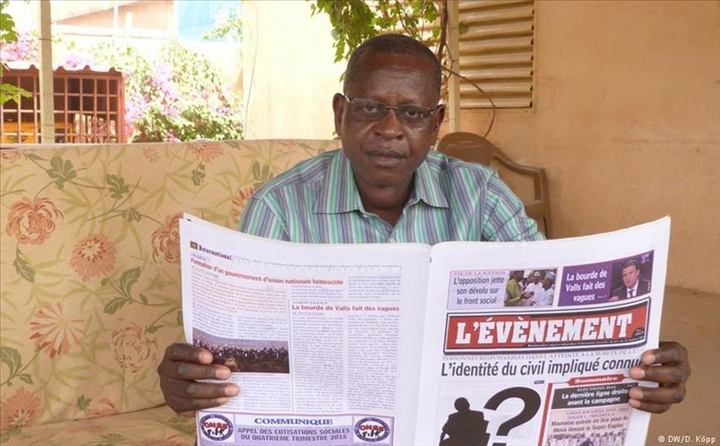 The Media Foundation for West Africa (MFWA) has learned with concern the threats issued against the editor of the news website, L’Evenementduniger.com, Moussa Aksar, over a corruption story he published on his Facebook page.

Moussa’s post was in fact a republication of an article originally published by MondeAfrique, a French online magazine, which featured Boubé Hima, a businessman who is alleged to be an ally of Nigerien President, Mahamadou Issoufou. The article featured many richly furnished homes said to belong to Boube, a fleet of luxury vehicles, and a gas station that fuel his vehicles.

The article also alleged that the businessman is involved in financial scandals relating to arms purchases outside his country, notably in Nigeria.

Following Moussa’s republication of the article on his Facebook page, he received threatening telephone messages from  someone believed to be Boubé Hima on March 11, 2020.

“If you are a man, let’s meet at the Castle [referring to one of his mansions] now, and you will no longer insult someone in your life”, one of the messages sent by Boube read.

The journalist told the MFWA that he has informally reported Boube’s threats to the Niger’s National Prosecutor and forwarded the threatening messages to him.

The MFWA condemns the threats against Ksar as an attempt to intimidate journalists and dissuade him from demanding accountability and transparency in governance. We therefore call on the police to take all measures possible to guarantee the safety and security of the journalist.