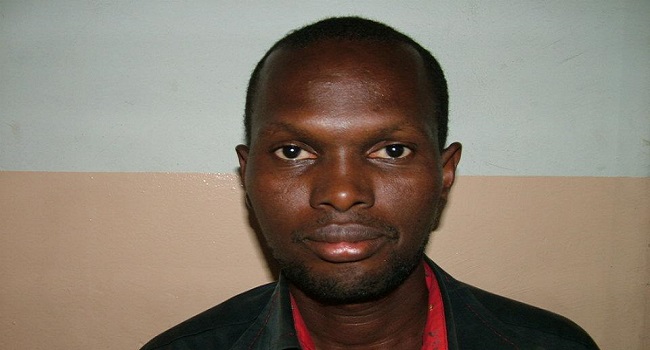 Guinea’s Minister of Justice, Check Sako, has admitted that the outcome of the trial in the case of journalist Elhadj Mohamed Koula Diallo, who was killed some three years ago, was unsatisfactory. The Minister has consequently assured the media fraternity that the case will be heard again.

“There was a judgment at first instance, a judgment that did not satisfy anyone, and this is unacceptable in a criminal case. There was an appeal, so the case will be tried and retried by the Criminal Division, the Court of Appeal,” the Minister said while contributing to a panel discussion in Conakry as part of activities to mark the World Press Freedom Day, 2019.

On January 9, 2018, almost two years after the incident, a Magistrate’s court in Conakry presided over by Justice Mangadouba Sow acquitted two of the five suspects, Amadou Sow and Algassimou Keita, who were present in court and sentenced the remaining three to various prison terms in absentia. Alphadio and Mamadou Saidou Barry, two of the absentees, were each sentenced to two years’ imprisonment and fined two million Guineans Francs (about US$222) for “assault and battery.”

The third absentee, Souleymane Bah, a former Director of Communication of the UFDG, was however sentenced to life imprisonment “for murder” and a warrant issued for his arrest.

The verdict was greeted with a lot of misgiving by the media and the public. The MFWA said “the judgment raises a lot of concerns and we hope that the justice system is sufficiently robust to resolve satisfactorily all the outstanding and emerging questions regarding the trial.”

We are therefore delighted that the Minister of Justice is personally intervening to ensure justice.

“I have asked the Attorney General to have the case heard fairly quickly. We hope that during this second hearing before the Court of Appeal, we can find out the author or authors of the murder of this journalist,” the Minister said.

Reacting to the Minister’s comments, Mohammed Iboun Conte, President of AGEPI, the independent editors’ guild and MFWA’s partner orgnisation in Guinea, said “Minister Sako’s intervention satisfies the demands of the deceased journalist’s family, media associations and Souleymane Bah, the Director of Communication of the UFDG political party, who was sentenced to life imprisonment.”

The MFWA is delighted to know that the Minister’s remarks speak directly to our concerns over the verdict of the court of first instance. We therefore commend him for the commitment he has made towards ensuring justice for the murdered journalist.

We also urge all stakeholders, especially the media fraternity in Guinea, to follow up on the Minister’s promise to ensure that the proposed appeal is heard and under conditions that meet the highest judicial standards.