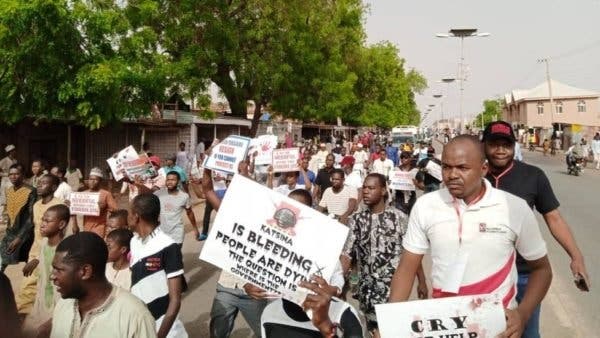 The Media Foundation for West Africa (MFWA) welcomes the release of Nastura Ashir Sharif, who was arrested by the police for leading a protest against growing insecurity in Nigeria’s northern state of Katsina.

Since May, 2020, more than 50 people have been killed across Katsina by bandits in attacks that have displaced hundreds of families and robbed many others of their cattle, prompting the citizens to protest.

Shortly after the protest, the state commissioner of police, Sanusi Buba, invited the protest leader, Sharif, “for some interaction”, according to Aminu Adams, the CNG’s director of operations who accompanied Sharif.  The police chief however, ended up handing him over to some officers to be taken into detention at Abuja.

“We drove from Katsina to Abuja with the police team in a white bus and a Hilux. However, on getting to force headquarters in Abuja, they told us that Sharif is under arrest for the protest and they put him in detention.”

Sharif was released on May 18, following a barrage of condemnations and calls from several groups on the police to free the arrested protesters.

“Coalition of Northern Groups hereby confirms that Nastura Ashir Sharif, its chairman of the Board of Trustees, has today been freed from a two-day police captivity,” read a statement issued by the CNG.

Meanwhile, a spokesman for the Katsina State Police Command, SP Gambo Isah, was quoted by the Punch newspaper as saying that the detained protesters will be prosecuted.

“We arrested 16 men and they will be arraigned before a competent court tomorrow [Friday, June 19]” They were arrested for politically-instigated protest, incitement, disturbance, rioting and unlawful assembly.”

The MFWA condemns the arrest and detention of the protesters as arbitrary and an attack on the right to peaceful assembly. In a democracy, citizens have the right to express their opinions and concerns through peaceful demonstrations. We therefore urge the authorities in Nigeria to release the detained protesters, take steps to prevent such abuses in future and ensure that protesters are protected by the security forces.