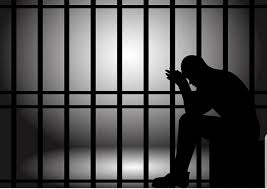 The Rambo-style arrest of Alpha Oumar Diallo, administrator of the online newspaper “Verite224” and the continuing harassment and intimidation of the journalist is a flagrant attack on press freedom and the MFWA calls on the authorities in Guinea to end the violation.

Plain-clothed officers from the police criminal investigations department on January 8, 2020, arrested Diallo, forced him into their car and drove him to their office in Conakry, where they detained the journalist over an article he wrote about an influential politician.

Diallo was questioned about the source of the information he recently published about a sex tape case involving M’Bany Sangaré, the General Secretary of Youth wing of the ruling RPG Arc-en-ciel political coalition. He was subsequently arraigned before an investigating magistrate on January 10, 2020 on a charge of defamation and placed under judicial control. In line with the restriction order, he is supposed to report to the police every Monday and Friday.

It is unacceptable to subject a journalist to the indignity of arrest and detention when the police could have formally summoned him, especially in a country that has decriminalised libel and defamation.

One of the officers who arrested Diallo had earlier posed as a banker who had some sensitive information to leak to the journalist and invited him to his office. Diallo however took precaution by asking to meet the disguised police officer at the Bluezone in Kaloum, a popular public space in Conakry. The police officer however arrived at the agreed meeting place with his colleagues and forced the journalist into their vehicle.

Diallo says his arrest and trial is an attempt to intimidate him and has vowed to remain resolute.

“I cannot comment on the ongoing trial but what I know is that M’Bany Sangaré is seeking to intimidate me; but he is dealing with the wrong person. I will continue to do my work in a professional manner,” Diallo told Mediaguinee.org.

The MFWA is concerned about this obvious manipulation of the judicial system by a powerful political figure to intimidate a journalist. We urge the authorities to stop the criminal prosecution of the journalist and lift the judicial control imposed on him to enable him to exercise full freedom of movement in order to carry out his journalistic duties effectively.