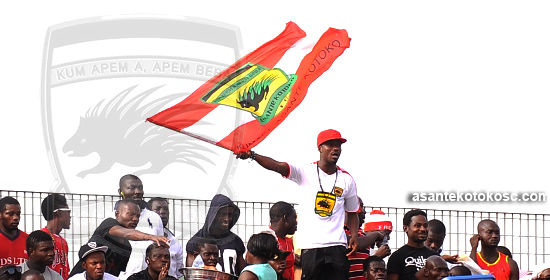 On July 3, 2017, some supporters of Asante Kotoko club attacked a photojournalist with Hearts News, a bi-weekly published by Accra Hearts of Oak Football Club during a ceremonial match between the two Ghanaian clubs. The hooligans also seized the camera of the victim, Daniel Anane Boakye-Yiadom and destroyed it.

Corroborating media reports on the incident, the Public Relations Officer of Accra Hearts of Oak, Kwame Larbi Opare-Addo, told the MFWA that the incident occurred during the second half of the match played annually on Ghana’s Republic Day between the two archrivals of Ghana football in honour of the head of state.

“It all happened in the second half when Boakye-Yiadom left his post to pick a bottle of water from the Hearts of Oak technical bench. Almost immediately, two Kotoko fans somehow escaped the vigilance of the security personnel and entered the inner perimeter. They made straight for his camera and smashed it. Then they tried to seize the bottle of water, claiming that it was a juju (black magic) concoction, and this led to a tussle,” Opare-Addo narrated.

The Hearts spokesman said the hostility against Boakye-Yiadom began even before kick-off.

“Early on, some Kotoko fans including these two thugs, had tried to prevent our camera man from entering the inner perimeter. They seized and searched his bag before he was allowed to pass, after the intervention of the Match Commissioner,” Opare-Addo said.

The venue media officer for the Baba Yara Sports Stadium where the match was being played, eventually led Boakye-Yiadom out of the stadium for his own safety, after the second confrontation.

The club has meanwhile lodged a formal complaint over the incident to the police.

The MFWA condemns the unwarranted attack on the photo journalist and commends the management of Heart of Oaks for reporting the matter to the police. We appeal to the management of Kumasi Asante Kotoko as well as their supporters leadership to help the police identify the culprits, as a way of demonstrating their abhorrence of hooliganism. The organisation is urging the police to do diligent investigation to ensure that justice is done. The MFWA urges the Ghana Football Association (GFA) to apply the appropriate sanctions to deter future hooligans.