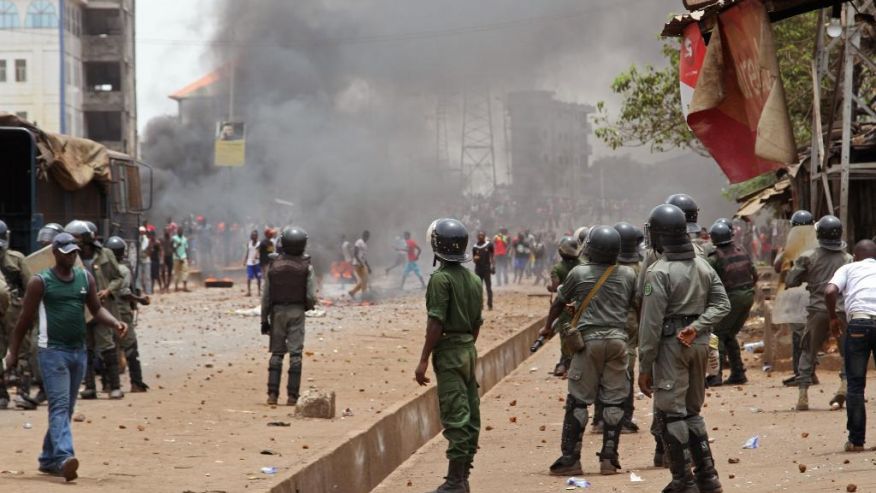 Guinea’s media have reacted angrily to their exclusion from an arrangement under a national reconciliation agreement to compensate victims of recent political violence.

Guinea sunk into a wave of political violence in 2012 and 2013 that resulted in the killing and maiming of thousands of people as well as the vandalisation and looting of private and public property in a torrid transition after the era of long-serving president Lansana Conte.

A dialogue between the government and the opposition political parties from September – October 2016, agreed that the state should pay compensation to victims and families of victims of the political violence in 2013. However, the proposed settlement did not cover similar incidents in 2012 which included attacks on the media.

In a statement issued on October 13, 2016, the media group AFIC Vision expressed regret at “the discriminatory character” of the agreement.

The statement signed by Sanou kerfalla Cissé, the Managing Director of AFIC Media Group who is also the President of the private broadcasters Union, URTELGUI, indicated that the exclusion of affected media houses from the compensation arrangement “is a flagrant disregard for our Group and all victims of violent incidents other than those of 2013 recognised under the so-called agreement.”

It recalled that on September 21 and 22, 2012, Le Diplomate newspaper, Radio Sabari, Les Amazones magazine and equipment of five online media were destroyed by rampaging opposition demonstrators. It estimated the total cost of the damage to facilities and equipment at 2.5 billion Guinea Franc (about US$ 271,665). Additionally, the attacks stalled the establishment of Sab TV and Love FM. According to the AFIC Vision group, an estimated 108 persons lost their jobs as a result of the attacks on the media organisations.

The group has threatened to go to court over the matter.

The MFWA urges the authorities in Guinea to extend the compensation package to cover victims of the violent political incidents of 2012. We also appeal to the government to dialogue with the media organisations that were affected by the riots of 2012 and 2013 to ensure equity and to enable them recover their losses.