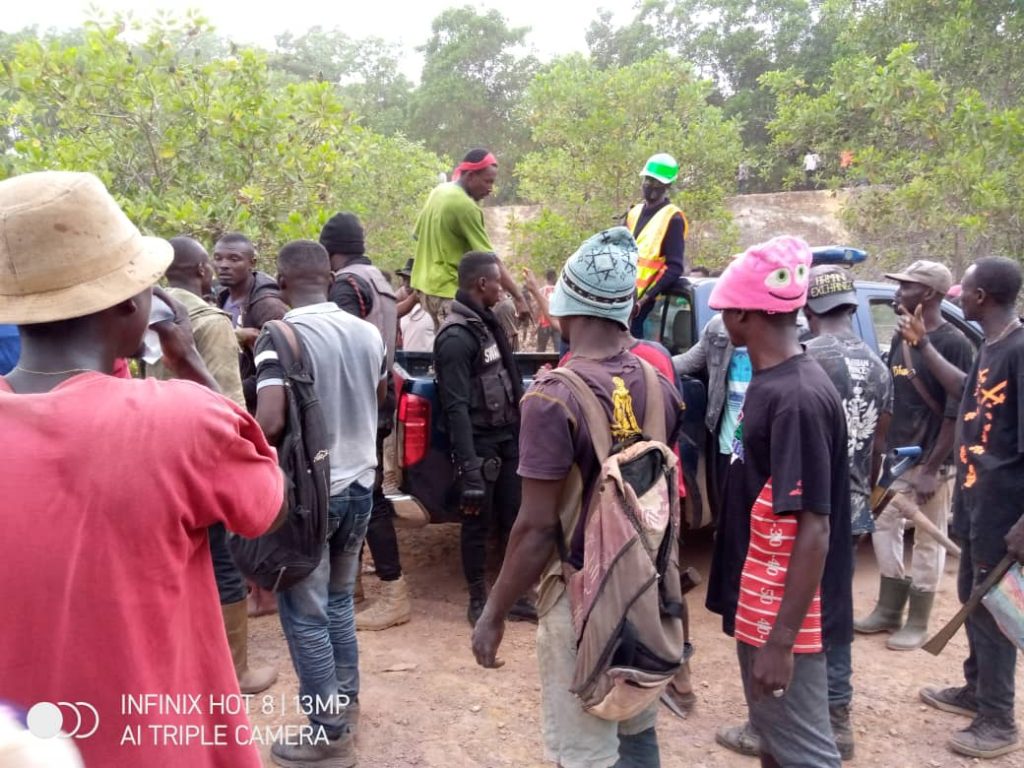 On the 13th of August 202, a journalist investigating artisanal mining issues for Radio Milo based in the Siguiri Prefecture was attacked by a group of young artisanal gold miners armed with hunting rifles and knives.

Djanko Dansoko, also a freelance journalist with the Kankan-based Futur Media, had gone to Tatakourou, a village in the Doko district of Siguiri Prefecture, about 710 km from the capital Conakry. He wanted to investigate the environmental impact of artisanal gold mining in the area, a practice that is prohibited by the Guinean authorities.

“I don’t know how these young people spotted me. They chased me, and I ran away on my motorbike,” Dansoko recalled.

The chasing miners caught up with Dansoko at a (fuel) station in Tatakoutou, where he was narrowly saved by the manager.

“That’s when they gathered around me. The assailants were ready to attack me when the manager came out to tell them that the journalist is now under his protection and that of the station. He said they cannot attack me under these circumstances. That is what saved me. They insulted my father and mother, saying that the day I set foot in Doko again, they will kill me”, the journalist explained.

Dansoko told the MFWA that his boss, the founder of Radio Milo based in the Siguiri region, said he would take care of the case.

The CEO of Radio Milo FM, Alpha Keita, later told MFWA’s correspondent that the matter was being settled amicably.

“We were about to file a complaint, but the Imam of Doko and the religious authorities apologised and said they would settle the matter amicably. So, we gave up the complaint”.

This is the second time in two days that a case of aggression against journalists has been settled out of court following alleged interventions by religious or other authorities. On 16 August 2021, Global FM’s management withdrew its complaint for an amicable settlement. This followed an apology from the mayor of Mamou, on behalf of Councillor Barry, who had stormed the radio station’s studio to assault its journalists during a broadcast. Global FM authorities had cited “the interventions of social, religious and administrative actors in Mamou” for the decision.

The Media Foundation for West Africa condemns the attack on journalists and demands that the perpetrators should not be encouraged by such compromises.