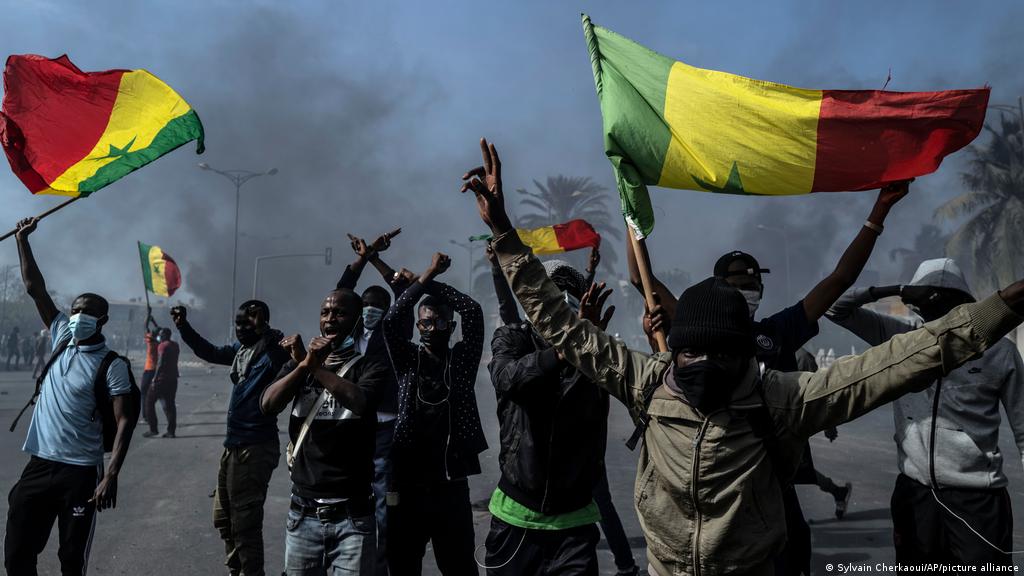 During the month of July, Guinea was rocked by a series of protests against what many critics described as the military junta’s one-sided governance of the country. There were violent confrontations between the population, armed mainly with stones, and the police, who did not hesitate to shoot at the protesters. At least four people were killed and dozens of civilians and soldiers were injured.

The two journalists had just parked their motorcycles to cover the demonstration when they were suddenly assailed by a group of young people, armed with knives and scissors. According to Abdallah Camara, who unsuccessfully tried to explain to the demonstrators that he and his colleague were just doing their job, one of the demonstrators pointed a pair of scissors at the journalist’s neck, while the others threatened them in these words:  “We were looking for you, you’re the ones who take our pictures and broadcast them. Today we will finish with you’’.

A group of demonstrators then threw themselves at Camara, who refused to give up his belongings, and snatched his phone after they were able to pinion and immobilize him. Another group went after Mohamed Sangaré and battered him.  The cameraman lost his phone in the course of the attack but was able to keep his professional camera because it was well strapped.  Other young people in the neighbourhood were alerted by Abdallah Camara who took advantage of a moment of distraction to flee and shout for help.

The two journalists escaped thanks to the intervention of other demonstrators. According to Camara, Mohamed Sangaré was slightly injured but severely traumatized by this first experience of such attacks.

Mamadou Laafa Sow, a reporter for the online media www.guineematin.com, was also attacked by protesters on the same day. The journalist was on air when he was obliged to stop broadcasting and distance himself from the demonstrators as they became extremely violent. He was then intercepted by a group of protesters who made it clear, that they were targeting journalists.

“I met a group of demonstrators who automatically pounced on me while saying: you are the ones reporting the news, you are the ones filming us, we are looking for you,” Laafa Sow told MFWA in a phone call. The journalist also explained that he was rescued by a motorcyclist, but lost all his work tools during the attack.

Another journalist, Algassimou BALDÉ of Djoma Media Group, was attacked by rampaging demonstrators who battered him and tried to take away his bag. The journalist escaped them thanks to the intervention of other demonstrators and law enforcement officers.

On July 2022, Alseny Aye SOUMAH, a journalist with Djoma group, got injured after he was hit on the head. The journalist was covering a clash between law enforcement officers and demonstrators who were unhappy with the arrest of FNDC leaders. Alseny said he received a rock to the head and lost consciousness, before waking up in a nearby clinic.

In addition, on July 5, 2022, the day the three FNDC leaders were arrested by the police, Aly Badara CAMARA, a reporter for Espace TV, was attacked by demonstrators who took to the streets in protest of the three leaders’ arrest.

In a statement issued on July 29, 2022, the Guinean Press Professionals Union (SPPG) expressed outrage at these attacks which blatantly violate the freedom of press and expression.

“The SPPG condemns with the utmost energy these retrograde attitudes that do not promote the free exercise of journalism, without which there would be no democracy in a country,” said the SPPG in the statement.

The Media Foundation for West Africa (MFWA) joins with the SPPG to condemn the violations of press freedom and safety of journalists. We also decry the violence of these demonstrations, which encourage ill-intentioned persons to take advantage of the situation in order to commit all kinds of atrocities.

Journalists and media workers that the MFWA spoke to were almost unanimous in stating that the attacks were purposely targeted at the press. According to the victims, the protesters, most of whom wore balaclavas, were hostile to them because of their profession. This discovery raises an alarming need to educate the public about the crucial role of journalists. Therefore, we strongly urge all stakeholders in Guinea as well as those calling for the demonstrations to educate the protesters on the importance of allowing the press to perform its duty.