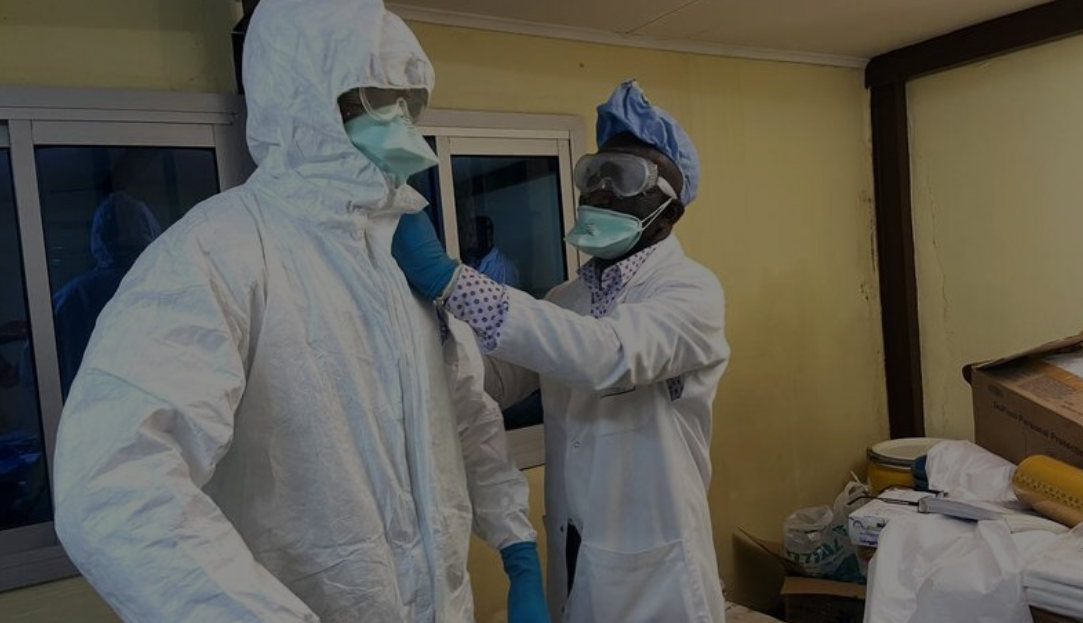 Thirty-two journalists in Guinea have tested positive for COVID-19 as the disease continues to take a toll on the media sector.

Since the West African country recorded its first case in March 2020, journalists have been in the frontline role usually without adequate protection. Fortunately, all the 32 journalists have made full recovery.

The first six journalists to be infected by the virus made a donation of Personal Protective Equipment and sanitizers to the media fraternity in Guinea on August 14, 2020. Making the presentation at the offices of the independent broadcastrs’ union l’Union des radiodiffusions et télévisions libres de Guinée (URTELGUI) in Conakry, a spokesperson for the six, Aboubacar Diallo, said the gesture was inspired by the fact that journalists have not received enough support to protect themselves against the pandemic.

“If I am not mistaken, the press was the only stakeholder that was not taken into consideration within the government’s plan of action against COVID-19; either in terms of financial support or distribution of sanitary kits”, Diallo said.

Adding to the disturbing COVID-19 morbidity rate among media practitioners is the deadly economic blow the pandemic has dealt the media sector. There has been a drastic loss in revenue as a result of the general slump in economic activities, forcing media owners to truncate a process of adopting a collective bargaining agreement.

The agreement was supposed to guarantee a decent minimum wage, annual leave, professional development, health insurance and study trip, legal aid in the event of a trial in connection with the exercise of the profession. However, media owners say the financial losses they have suffered from the COVID-19 makes it impossible to continue the process.

The Union of Professionals of the Private Press of Guinea (SPPG), which has advocated the collective bargaining agreement, admits to being powerless in the face of the difficulties caused by the pandemic among the media owners. According to Sidi Diallo, Secretary General of the SPPG, the body “cannot force employers to adopt the collective agreement during Covid-19 … Today it is about the very survival of press enterprises in the face of the COVID-19.”

Still in connection with the COVID-19, a group of gendarmes on June 15, 2020, stormed the premises of Radio Kalac FM, broadcasting in Kankan, and shut it down on the orders of the Prefect, Amara Lamine Soumah. The radio station was accused of broadcasting and rebroadcasting soundbites of the preaching of Karamo Cheick Souleymane Sidibé. The preacher had been gagged by the authorities after he allegedly gathered his followers in his house for a sermon, in breach of COVID-19 protocols.

The closure was contrary to Guinea’s laws which state that only the courts can order the closure of a broadcasting station. According to Mohamed Thiam, a legal practitioner in Conakry, the arbitrary closure is also a gross violation of the Organization for Harmonization in Africa of Biusiness Law (OHADA) to which the Guinean State is a signatory.

“The Guinean State has violated its international commitment under the OHADA Law by suppressing the use of the media and not even taking into account the corporate status of this media house which has contracts with individuals and state and non-state companies that could sue them for unilateral breach of the service contract,” Thiam told the MFWA.