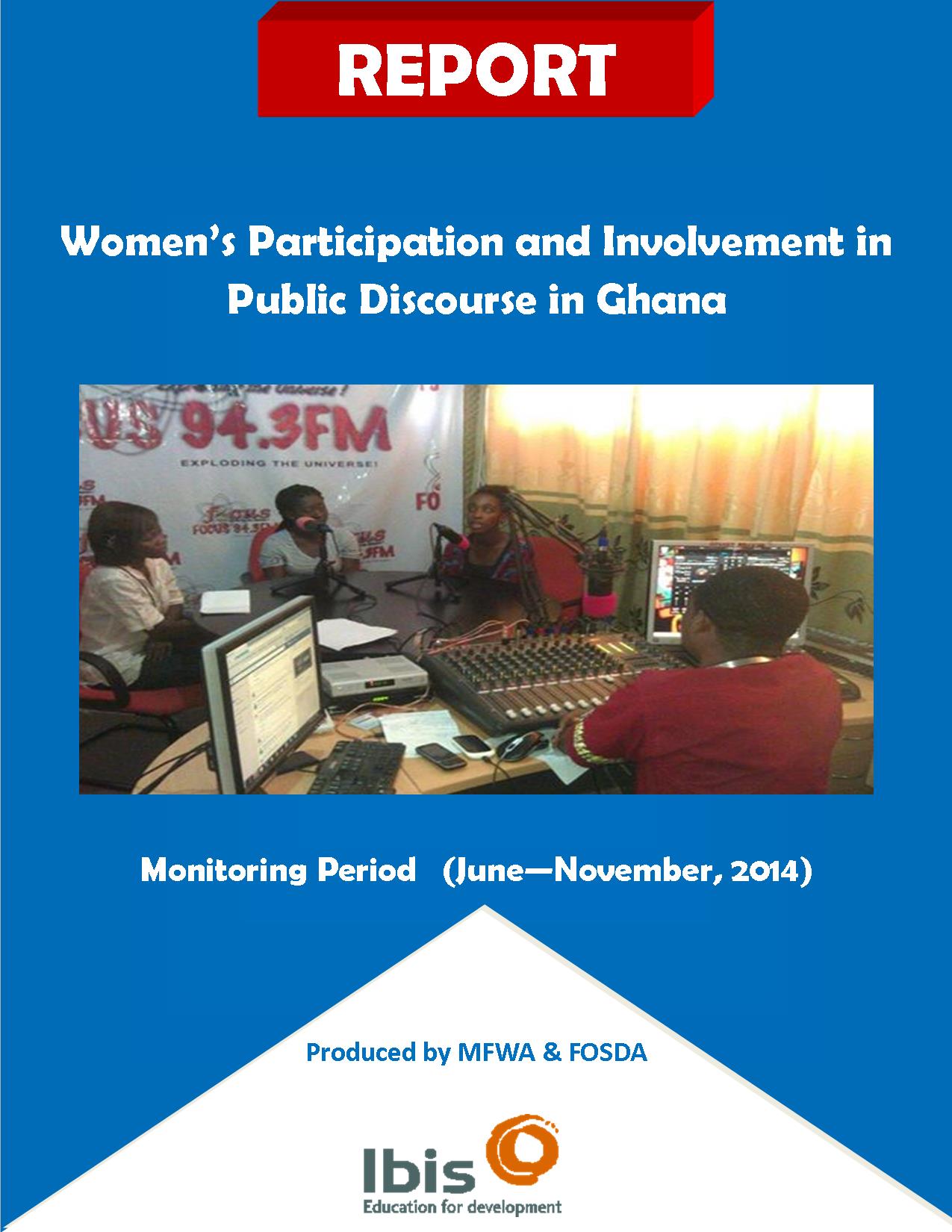 Findings of the report show that largely, the level of women’s involvement and participation in public discourse programmes was unstable throughout the monitoring exercise which spanned June to November 2014. In June, women constituted only 17 percent (359) of the total 2,142 individuals who participated in media discourse programmes. This however rose to 22% in August and dropped again to 19% in November. The monitoring shows an overall marginal increase of 2% in women’s involvement between June and November 2014.

Of the total 2,449 political party affiliates on programmes monitored within the six month period, female political party representation accounted for a paltry 189, representing only eight percent (8%). This is despite the fact that political parties are the single largest contributor of discussants to radio programmes in Ghana.

The monitoring exercise tracked the extent to which women in Ghana participate or are involved in public discourse in the media either as panellists, interviewees, in-studio callers or programmes hosts/moderators on 24 radio stations across the country. The monitoring formed part of the “Increasing Women’s Voices and Participation in Public Discourse in Ghana” project, implemented by the MFWA and Foundation for Security Development in Africa (FOSDA). The project was funded by IBIS-Ghana under the West Africa Human Rights and Democratisation (WAHRD) Programme.

Some key recommendations of the report include a call on media houses to develop more gender-sensitive editorial policies and make a conscious effort to include women in their programming. Political parties should make provisions in their constitutions to allow more women to take up roles while they develop the capacities of women to effectively participate in their communication engagements.

Women themselves should also make the conscious effort to reach out of their comfort zones, stay current and put themselves forward.