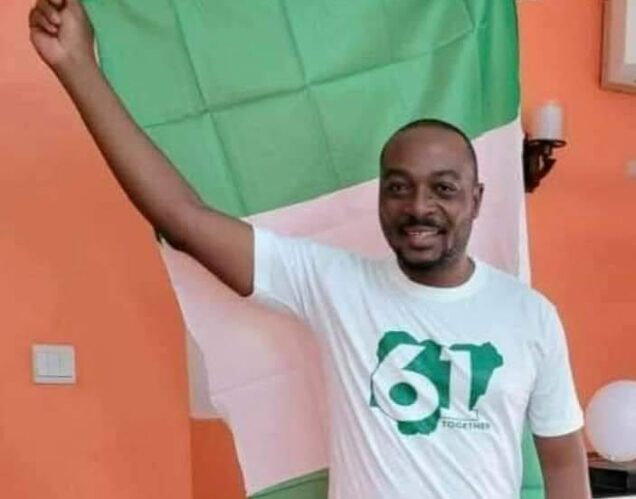 The Media Foundation for West Africa MFWA has learned with shock the death of Tordue Salem, correspondent at the House of Representatives for the Vanguard newspaper in Nigeria.  The body of the journalist who went missing in the evening of October 13, 2021, was found in a morgue on November 11, 2021, almost a month after he was last seen.

A day after the discovery of the body, the Police paraded 29-year-old Itoro Clement, a taxi driver suspected to have killed Tordue in a hit-and-run incident.

The Force Public Relations Officer, Frank Mba told the press at a briefing that the cab driver confirmed having hit Salem around Mabushi/Wuse area of Abuja metropolis at about 21:00 GMT on the day of he was last seen.

The Police spokesman said the body was discovered at Wuse General Hospital. He could however not mention who deposited the body at the hospital and why the authorities at the health facility did not contact the police, despite Tordue’s disappearance being widely reported and the hospital authorities finding three identity cards on his body.

The Vanguard has reported that Wuse General Hospital, through its Secretary, Mrs Hanatu Sani, has revealed that the body was brought by a police officer who failed to follow-up.

“The challenge we had in this case was the policeman that refused to come back after he brought the body. The mortician said he called him the very next day after he found the deceased’s particulars but he refused to come. He was calling him to come and check and see how he can contact the relatives but the policeman never showed up,” the newspaper quoted the hospital secretary as saying.

Meanwhile, the family of Tordue has disclosed that the journalist was attacked in his home by hoodlums six months before he disappeared. He had moved in with his sister and her husband for his safety.

The House of Representatives also waded in, calling on the police to continue with investigations into the matter. The minority leader of the House, Ndudi Elumelu, noted in a press statement that investigations must not be foreclosed, given conflicting official security accounts of the incident.

Eze Anaba, the Editor of the Vanguard, said Vanguard and the family have met and decided to wait for the police to close the page before reacting.

“At the moment, the issues are confused. We are waiting for the police to close all the obvious gaps in the narratives before we react officially,” Anaba told the MFWA in a telephone conversation.

Earlier on November 4, 2021, Mr Anaba told the MFWA that the police had got in touch with one of the Managers of Vanguard to give an update on the state of investigations.

“It is fine that the police are investigating the disappearance of our colleague, but there has been no hopeful clue so far,” the Editor said in near despair.

The MFWA finds it curious that nearly a month after Tordue’s disappearance, the police seemed not to know that he was dead despite his body having been transported to the hospital by a police officer.

We urge them to be thorough and conclusive in their investigations into the killing of Tordue and bring the perpetrators to face the law.