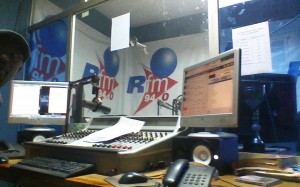 The Senegalese authorities must investigate the violent attack on the privately owned station, RFM Radio and ensure that the perpetrators are punished.

On the night of June 2, 2020, a group protesting against restrictive COVID-19 measures, attacked the headquarters of RFM Radio based in Mbacké, 198 km from Dakar. The invaders damaged several equipment at the radio station which belongs to famous singer and former minister, Youssou N’Dour.

Fortunately, no physical attacks on journalists were reported. It is, however, not clear what the attackers’ motives were.

Between June 2 and 3, 2020, violent demonstrations broke out across Senegal, with demonstrators demanding a relaxation of the COVID-19 control measures which they describe as too restrictive. The 9 p.m. to 5 a.m. curfew in particular has been very unpopular.

The attack on RFM radio has been condemned by several local organizations including the Senegalese Council of Broadcasters and Publishers (CDEPS) which called for investigations.

“Those responsible for this attack must be tracked down and brought to justice,” the CDEPS published in a press release.

The MFWA condemns the attack on RFM Radio as an attack on press freedom.  We join calls on the local authorities to investigate the incident and bring the perpetrators to justice.