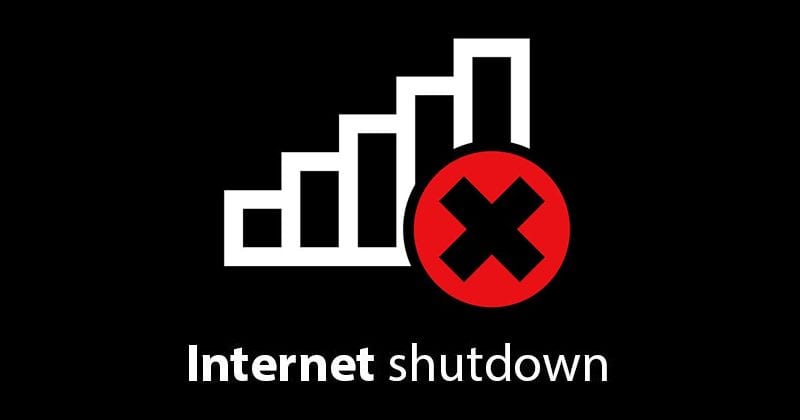 The Media Foundation for West Africa is deeply concerned about the four-day shutdown of mobile internet services in Burkina Faso and urges the authorities to put an end to practices that violate freedom of expression online, the right to access information, and digital rights.

“Usually, in this kind of situation, the communication departments of telephone operators speak out to indicate, for instance, the nature of the problem, if any, and to apologize to customers. Unfortunately, this time, there was no official communication,” says a BBC Africa correspondent in Ouagadougou after the Burkinabe state ordered the shutdown of internet on mobile devices in a peremptory manner.

On Saturday 20 November 2021, around 10 pm, a sudden and unexpected interruption of mobile internet services upset the daily life of Burkinabe citizens who had not received any prior notice from the government, the three major mobile phone companies in the country, or even from the ARCEP, the regulatory authority for electronic communications. As a result, mobile Internet became inaccessible in the country for 96 hours, spanning 4 days. Despite efforts to understand the situation, citizens and the press found themselves confronted with a heavy wall of silence, leading to strong reactions.

Two days later, the State, in order to shed some light on the situation, published a brief communiqué stating that “in application of the provisions of articles 44 to 46 of law N°061-2008/AN of 28 November 2008 […] relating to the quality and security of networks and services and to the respect of national defence and public security obligations, upon requisition […], the government proceeded to suspend mobile Internet for a period of ninety-six (96) hours […] Fixed Internet is not affected”.

The reference to national defense and public security reinforced the position of several media outlets in the country that the suspension of mobile Internet is deliberate and linked to the demonstrations in Kaya, 100 km north of the capital, Ouagadougou.z

The demonstrators oppose the French military presence in the Sahel, as part of the fight against Islamist rebels in the region, and are demanding their departure from the country. French Foreign Minister, Jean-Yves Le Drian says there are “manipulators” stirring up anti-French sentiment in the country.

NetBlocks, an organisation that monitors internet connectivity around the world, confirmed the ongoing outage and said that this type of mobile internet disruption cannot be bypassed with the use of circumvention software or VPNs. The global internet monitoring organisation added that the disruption is hindering the flow of information and preventing media coverage of critical events in the country.

The interruption, regardless of its underlying reasons, has affected the media in the country. “Many media outlets, especially online, from the very beginning (Saturday night and Sunday) had difficulties updating their platforms,” said Mr. Noufou Kindo of B24”.

“For the media, it is very difficult to be responsive. We are used to reporting on events instantly. This is no longer possible. Many of our readers no longer have access to our publications,” Dimitri, an investigative journalist, said.

Marcus KOUAMAN, Director of Publication of the online media www.latribunedufaso.net, also bemoaned the impact of the interruption on the work of the media.

“This blackout affects the work of the online media which uses a lot of mobile internet for alerts to inform our readers about such or such situation on the ground. At the moment we are struggling to get information to our correspondents who are in localities that have only mobile internet. One may ask whether the government’s game is worth the candle? What result is the government aiming to achieve by doing this? Was there no other solution than this?  Isn’t this a step backward for democracy?”

“As an online media, it has a significant impact on our productivity. Our reporters deployed in the field to cover trials such as that of the alleged murderers of Thomas Sankara have enormous difficulties in providing live coverage of the trial to Internet users. Uploading is slowed down. This also means more time spent in the office where there is a guarantee of a connection but little mobility,” says Dr Cyriaque Pare, director of publication of Editions LeFaso.

The Media Foundation for West Africa (MFWA) condemns this sudden and abrupt interruption of mobile internet services in Burkina Faso. The disruption constitutes a serious violation of freedom of expression, the right to access information, and digital rights. Protests are a legitimate channel for citizens to express their opinions about national issues and a feedback mechanism that must be welcomed by a democratic government. To seek to drown protesters’ voices and conceal the extent of public discontent with the state of affairs by shutting the internet is undemocratic and unresponsive.

The MFWA, therefore, urges the Burkinabe government to desist from such unprogressive and anti-democratic actions.