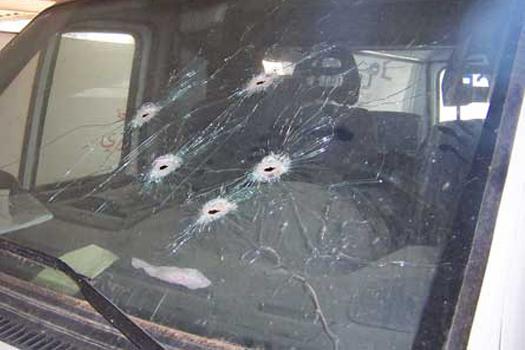 A Malian blogger has escaped an assassination attempt as he came under armed attack while driving in the early hours of July 25, 2017.

Madou Kante, popularly known as Marshal Madou, received a bullet in his chest when some unknown persons shot him through the window screen of his car and sped off. Fortunately, Kante survived and is receiving treatment at the Hôpital de Bamako. Doctors say he is out of immediate danger.

“I just had the bullet removed”, the 30 year-old told Agence France Press (AFP), hours after being admitted.

Kante later took to Facebook to restrain his numerous fans on social media who had called for a demonstration on the day of the attack.

“I urge all to remain calm. For the moment, I’m not accusing anyone and I don’t approve that any protests are embarked on in my name. I love Mali”, pleaded the activist.

According to the MFWA correspondent in Mali, Kante rose to fame through his hard-hitting analysis of socio-political issues on his blog named Madou Kal Journal. However, the exposure and denunciation of corruption, nepotism and bad governance has also antagonised some powerful people in the country.

Kante is also a member of the civil society platform An te A Bana which is opposed to proposed constitutional amendments widely criticised as an attempt to grant sweeping powers to the President.

Following the attack, An te A Bana issued a statement condemning the aggression which it said “has been carried out in a climate of hate and verbal intimidation against opponents of the constitutional review by the government and its supporters.”

Our correspondent says Malians from all walks of life, including government officials have visited the Kante at the hospital to wish him well.

This is the second time in less than two months that an activist has been targeted for his work in Mali. In June, an artiste and activist, popularly called Master Soumy, received death threats via anonymous phone calls and had his Facebook page hacked after he embarked on a vigorous campaign dubbed “Don’t Touch My Constitution!” to mobilise grassroots opposition to the proposed amendments.

The MFWA appeals to the authorities in Mali to conduct thorough investigations into the attack on Kante as well as the previous incident which targeted Master Soumy. Anything short of the arrest and prosecution of the perpetrators of these crimes will, in our view, encourage impunity and, thereby, silence critical and dissenting voices in Mali.