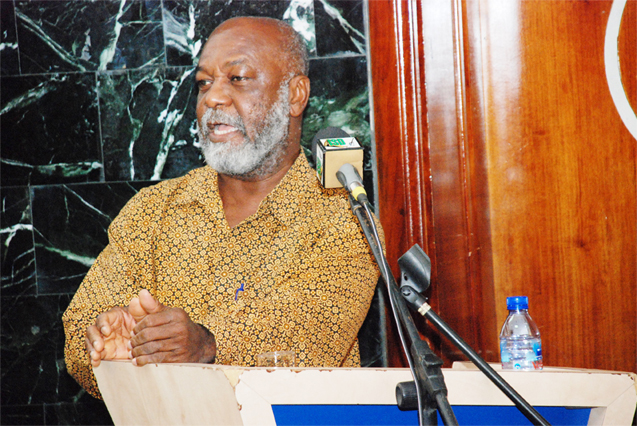 Prof. Kwame Karikari of the School of Communications Studies, University of Ghana, has blamed the poor ethical standards being exhibited by many local language radio broadcasters on the absence of a well-developed national language.

According to him, developing our local languages will help the media to better appreciate the ethos and customs of the languages in which they broadcast. “The call is not to make any one language the most predominant but to ensure the active development of all major languages in the country,” he said.

Prof. Karikari said this at a Stakeholder’s Forum on Journalism Ethics and Local Language Broadcasting organised by the Media Foundation for West Africa as part of its STAR-Ghana-funded project, “Promoting Professional Standards and Enhancing the Watchdog Role of the Ghanaian Media.”

He called for the expansion of the GBC training school to accommodate journalists from all other institutions. He also called on media associations and managers to introduce some form of self-regulation on the language used in adverts, music and movies, especially those that are aired on electronic media.

In his remarks, the Executive Director of the Media Foundation for West Africa (MFWA) said that the Stakeholders’ Forum is part of the Foundation’s commitment to media development in Ghana and the West Africa region.

“We need to help the media to remain relevant, credible and effective in playing their watchdog and development roles. That is why we continue to monitor and report on the media’s performance and recommend ways of improving media practice” he added.

He also indicated that the MFWA is providing financial support to Ghanaian journalists to produce critical and investigative stories to foster transparent and accountable governance in Ghana.

Other speakers at the forum included the Executive Secretary of the NMC, George Sarpong, and the Chief News Editor of Peace FM who’s also a News Anchor at TV3, Abu Issa Monnie. Also present at the forum were executives and members of PRINPAG; GCRN; Editors Forum, Ghana; journalism training institutions and journalists from several media outlets.