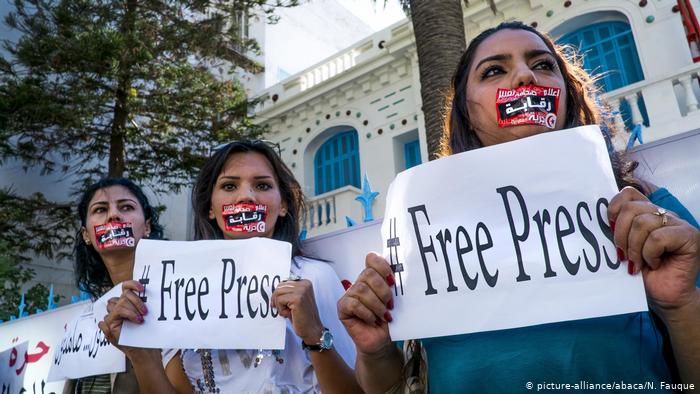 The Media Foundation for West Africa (MFWA) calls on authorities in Mauritania to immediately release Ahmedou Ould Wediaa, a journalist of the private television channel El Mourabitoune, who has been arbitrarily detained by the police in Nouakchott, the capital city of Mauritania.

Ahmedou, a well-known critic of the outgoing president, Mohamed Ould Abdel Aziz, was on July 3, 2019, arrested in his home and detained by the police. The police have since not stated the reason behind his arrest or where he has been detained, leaving the family and friends of the journalist in extreme despair.

The arrest of Ahmedou is the second of a series of arrests after the June 22 presidential election. It comes barely two weeks after Camara Seydi Moussa, the chief editor of La Nouvelle Expression newspaper, was arrested and detained for eight days.

Moussa was arrested in his home after police accused him of discussing on phone the results of the recent controversial presidential election. The police also seized all Moussa’s mobile phones and laptops. Many believe the reason given by the police for Moussa’s arrest indicates that authorities listen in on the conversations of critical journalists, politicians and dissident voices.

Ahmedou Ould Wediaa’s arrest has triggered an outcry and condemnation by the public and has further prompted a swift protest by the media fraternity in Mauritania in front of the Ministry of Communication demanding for his immediate release.

The recent series of arrests, including the detention of two web activists, Abderrahmane Weddady and Sheik Ould Jiddou, among others, are clear indications that the government in Mauritania has intensified its attack on freedom of expression in the country.

The MFWA urges authorities in Mauritania to release Ahmedou Ould Wediaa and immediately cease the on-going arbitrary arrests of journalists and bloggers in the country. We call on the authorities to promote freedom of expression as enshrined in the country’s constitution and several other regional and international instruments the country has ratified.