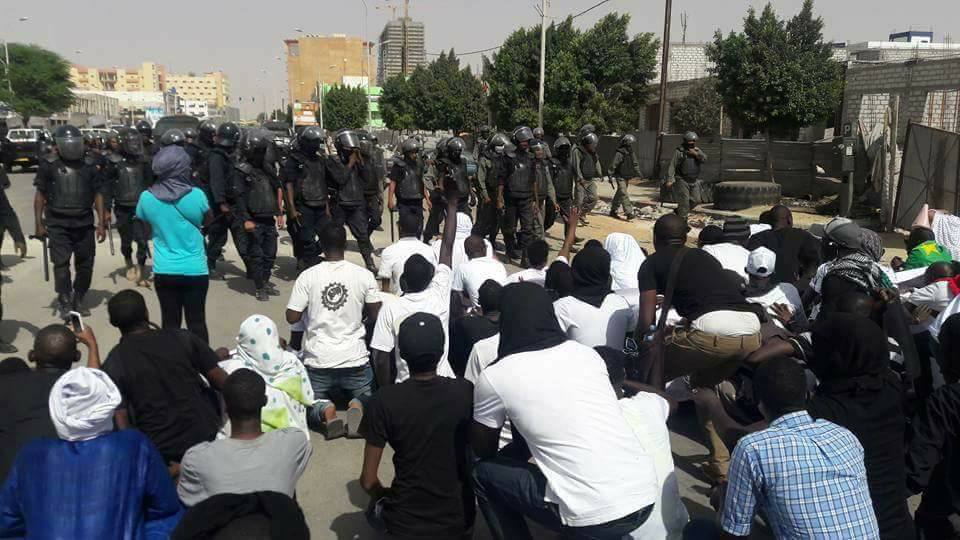 On April 16, 2017, thousands of young people in Mauritania gathered at the Carrefour BMD, a famous landmark in the capital, to embark on a demonstration dubbed “marche pacifique de la jeunesse mauritanienne” (Peaceful march by the Mauritanian youth). The youngsters’ key grievance was what they describe as endemic unemployment among young graduates.

However, the march could not take off, as the gathering was suddenly attacked by dozens of police officers with tear gas and truncheons. Several of the young demonstrators were injured and many were arrested.

The organisers say they had given the authorities prior written notice about the demonstration. However, the Nouakchott city authorities announced on the eve of the march that the event is prohibited, and the police enforced the ban with iron fists.

On April 20, 2017, ten of the leading figures arrested during the foiled demonstration were put before a court after being detained for four days. The president of AMAM, Oumou Kane, was sentenced to three months’ suspended sentence, while the others were acquitted. Kane was one of six young women who were put on trial alongside four men.

The crackdown has been condemned by political parties and civil society in Mauritania. The MFWA is equally concerned about the physical attack on, and prosecution of peaceful demonstrators in Mauritania. We urge the authorities to punish the perpetrators of the violence and to nullify the conviction of Oumou Kane.