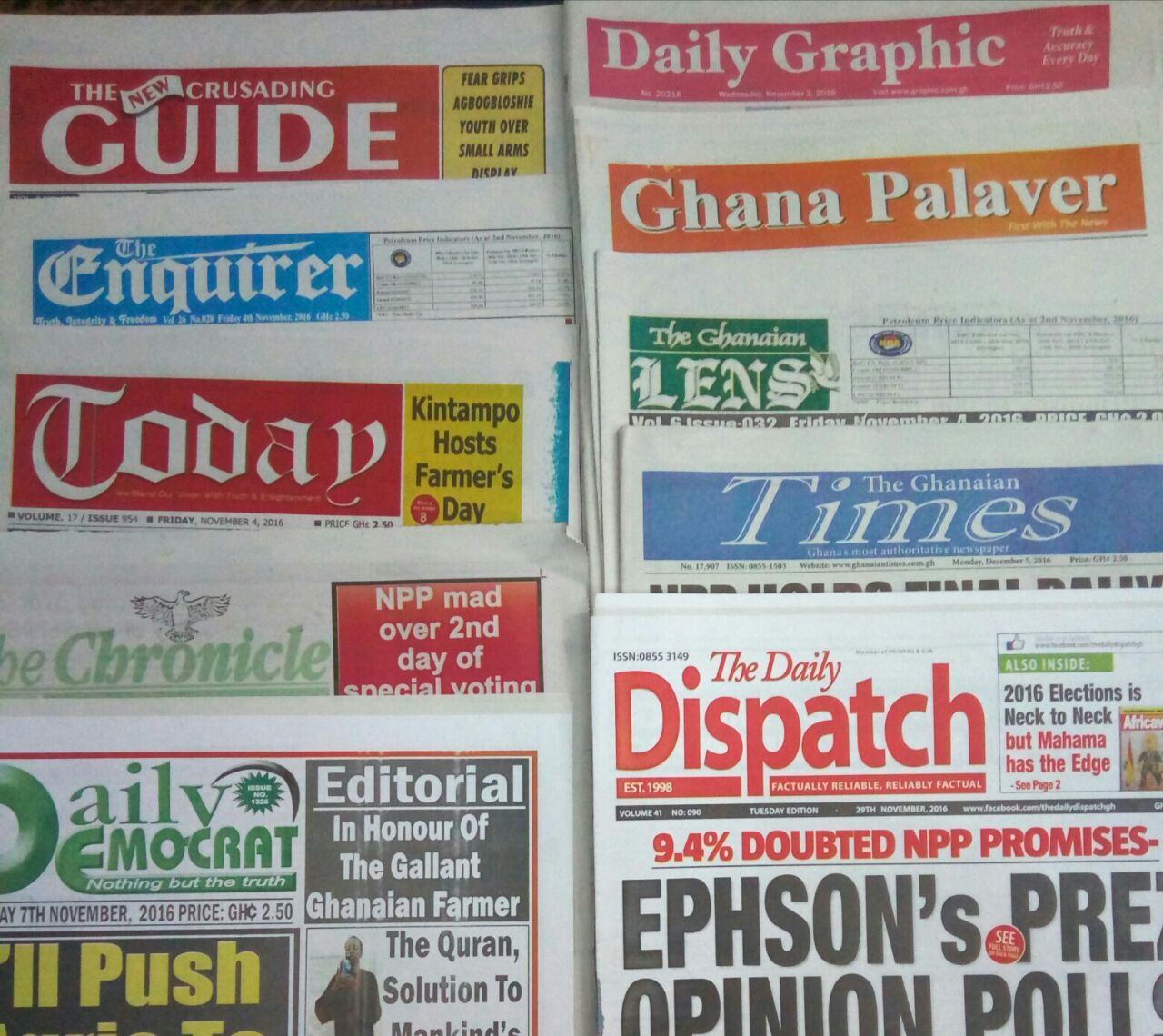 The Media Foundation for West Africa’s monitoring of indecent expressions in newspapers shows the Ghanaian Lens newspaper as the most abusive during the period November 1-15, 2016.

The newspaper was cited for the use of seven out of 12 indecent expressions recorded during the monitoring period.

Three other newspapers were cited for the use of abusive comments – the Daily Democrat (3), the Daily Statesman (1) and the Enquirer newspaper (1).

The monitoring of the campaign language in newspapers forms part of activities under the MFWA’S elections project: Promoting Issues-based and Decent Language Campaigning for Peaceful Elections in Ghana in 2016. This component of the project is funded by STAR-Ghana.

The full report and other details can be found here.

Yet another Ghanaian journalist arrested over false news charges