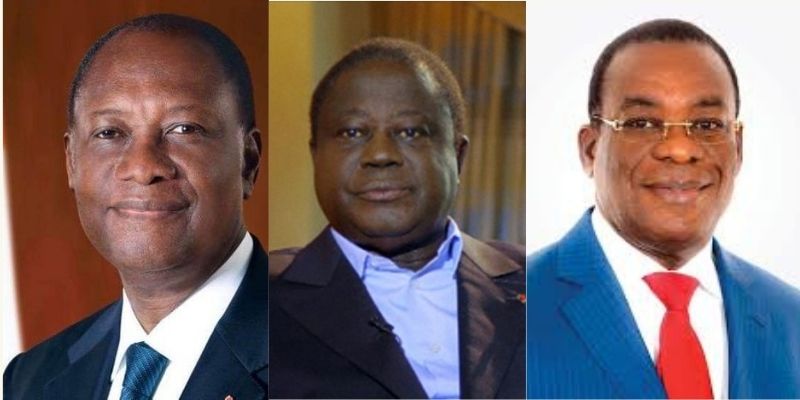 Tomorrow, Ivorians will head to the polls to elect their President. The election is being organised in a context marred by series of sporadic violence which has already claimed several lives. These developments came as Alassane Ouattara, the President announced his bid for a third term in office on July 8, 2020 following the death of his designated successor Amadou Gon Coulibaly.

The eruption of public protests against Ouattara’s third mandate sparked several intercommunity violence which have already claimed 67 lives as of October 24, 2020. The violence also leads to the destruction of several public and private properties across the country.

Despite such a tensed context, it appears that the elections will be held on October 31. Amidst such a context the media is expected to play its roles consisting of informing the public. However, the media landscape in Côte d’Ivoire appears to be traditionally polarised and affiliated to political parties.

The socio-political unrest witnessed in Cote d’Ivoire is not only due to Alassane Ouattara’s bid for a third term in office. In fact, the opposition block, which is made up of the Ivorian Democratic Party (PDCI), the Ivorian Popular Front (FPI) and Democracy and Sovereignty (EDS), is also against the electoral process and the established framework which should regulate the organisation of the election. This situation compounded with protests against the candidacy of Ouattara, and violent intercommunity clashes, resulted into uncertainties and scepticism over the date of the election.

Guillaume Soro, former rebel leader, and former Speaker of Parliament, currently exiled in France declared last September that “there will not be an election on 31 October in Côte d’Ivoire.” Furthermore, during an interview with RFI and France 24, Pascal Affi N’Guessan, who is the spokesperson of the opposition block and presidential candidate declared “for us there is no election on October 31”.

Of the three opposition candidates running against the incumbent President Alassane Ouattara, two of them, Henri Konan Bédié of the PDCI-GDR and Pascal Affi N’Guessan of the FPI have, in a bid to protest against the candidacy of Alassane Ouattara, who has already been in office for two consecutive terms, called for “civil disobedience”.

Despite the dialogue series initiated by ECOWAS with major political actors, many are still not sure whether the election will hold on October 31 despite the government’s call on the opposition to “put an immediate halt to the civil disobedience.” It seems clear that the country is moving towards an election with an uncertain future. An electoral epilogue in which if the current President emerges victorious, would suffer from illegitimacy. The Ivorian population, already divided and still rebuilding its social fabric after the civil war that marked the country in 2010, would be more devastated.

“Postponing the election for a short period of time would offer a chance put an end through dialogue to the current confrontation and disputes that makes it unlikely that a peaceful and transparent election will be held on October 31” said International Crisis Group.

Although the opposition is bent on its position against the third mandate bid of the president and refuses to take part in the electoral process, it remains open to dialogue under the auspices of ECOWAS to put an end to the crisis in the country.

“Candidates Henri Konan Bédié and Affi N’Guessan are calling on ECOWAS to continue its mediation efforts in the Ivorian conflict” said Maurice Kakou Guikahué, executive secretary of PDCI, in a statement.

Intercommunity violence and the Electoral Campaign

The electoral campaign, which began on October 15, has run out of steam on the side of the ruling party following the death on October 23 of Sidiki Diakité, Minister of Decentralisation. However, before the unfortunate event, several demonstrations and intense intercommunity clashes broke out in the country.

On October 19, 2020, in Bonoua, a town considered to be the stronghold of Simone Gbagbo, the wife of former President Laurent Gbagbo, one person was killed by security forces, according to local authorities. “There was one dead, a young man named Morel and a dozen seriously injured,” Jean Paul Améthier, mayor of Bonoua, told the international press.

On the same day in Abidjan, during a protest organised against university fees by the Students Federation of Ivory Coast (FESCI) considered to be close to the opposition, clashes erupted between the students and some “attackers”.

Two days before, on October 17, intercommunity clashes broke out in the town of Bongouanou, the capital of the Moronou region, about 200km north of Abidjan.

In the city, considered the stronghold of FPI candidate Pascal Affi N’Guessan and  former prime minister of Laurent Gbagbo, people were reportedly killed in clashes linked to the ‘civil disobedience’.

The recent clashes extend the list of other violence recorded in August, in which at least a dozen people were killed and several injured.

The private press in Côte d’Ivoire is usually backed by politicians, and the state-owned media is considered to be the government’s tool for propaganda. For the upcoming presidential election, the media regulatory body assured all candidates of equal access to state-owned media outlets and to ensure the compliance of media workers to professional standards.

However, many citizens believe that access to public media is difficult for opposition parties. According Mamadou Koulibaly, member of the opposition and former Speaker of Parliament and president of Lider (Freedom and Democracy for the Republic) “everything must be done to ensure the rule of law, political freedoms, freedom of expression and access to state media, which should not be solely the propaganda tool of governments,”.

Regulating the media during an electoral campaign

The National Press Authority (ANP) and the High Authority for Audio-visual Communication (HACA) are stepping up their efforts to ensure fair access to media and guarantee impartial processing and dissemination of information on the Presidential election slated for October 31.

On Tuesday 15 September 2020, Members of the High Authority for Audio-visual Communication (HACA) met during a special session to adopt number of decisions to enable state owned and private media outlets to provide fair coverage of the election.

“Following the official launch of the electoral campaign on October 15, 2020, the state media must ensure, in the programming of news, reports, debates and special programmes dedicated to the campaign, a strict compliance with principles of equal access to all stakeholders and guarantee a neutral processing of information on candidates, parties, political groups and interest groups.”

The National Press Authority (ANP) has also adopted on September 17 provision No. 002/ANP, which regulates information on media during the pre-campaign period.

On October, 9 2020, the National Press Authority (NPC) summoned state owned media outlets Fraternité Matin, fratmat.info, and the Ivorian news agency aip.ci, and urged them to adopt and implement the decision No.004/ANP/SG which regulates equal access to media organisations by all candidates to the presidential election and to adopt the framework regulating election coverage which stipulates that all candidates must be treated equally in a media environment.

On August 18, during the presentation of a monitoring exercise results, Zio Moussa, President of the Observatory for Press Freedom and Ethics (OLPED) said “one reason that could explain the unprofessional processing of information by media outlets is the influence exerted on medias organisations by the politicians who support them”.

Among the violations of the media code of ethics by journalists, Zio Moussa cited insults, incitements to revolt, violence, war, and sometimes even to murder. These were recorded on ten newspapers monitored for a month. Other observations were the massive usage of inadequate expressions, words of hatred, and contempt. Developments before October 31 presidential election in Cote d’Ivoire forecast a climate marred by physical and verbal violence.In an effort to turn the tide and preserve peace in Côte d’Ivoire, MFWA makes the following recommendations to all stakeholders:

To the Political Parties: