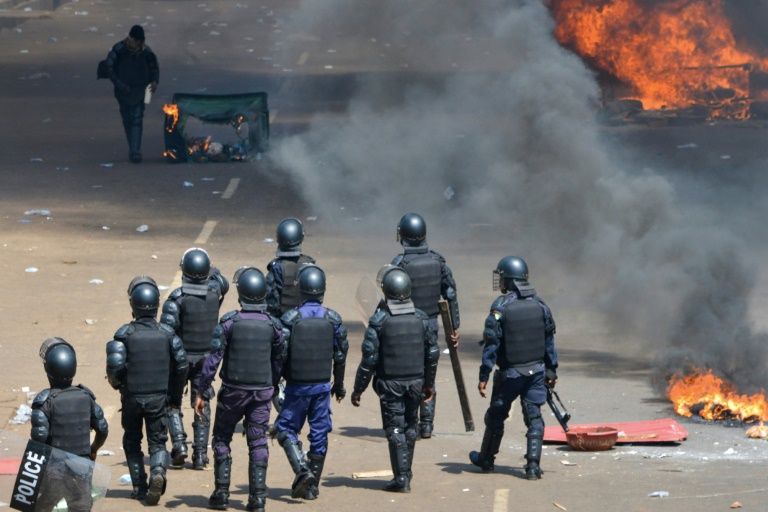 On October 22, 2019, a court in Guinea’s capital, Conakry, sentenced five civil society leaders to between six months and one-year jail terms, in what is widely believed to be part of the authorities’ crackdown on dissent.

The five are all members of the coalition Front National pour la Defence de la Constitution (FNDC), a coalition of political parties and civil society organisations in Guinea who are leading the campaign against a third term bid by President Alpha Conde.

The convicted persons include Former Minister of State, Abdourahmane Sanoh, who was sentenced to a year in prison. The four others who were sentenced to a six-month jail term each were Ibrahima Diallo, Sékou Koundouno, Mamadou Baïlo Barry and Alpha Soumah.

They are part of thirteen leaders of the anti-third term campaign who were arrested on October 22 and 23, 2019, ahead of a demonstration that the coalition had called to be staged in the capital, Conakry. The authorities had warned that the march scheduled for October 24 was illegal, and security forces consequently applied lethal force, leading to at least nine deaths on that day.  The civil society leaders were subsequently accused of organising banned protests and inciting civil disobedience.

While the FNDC leaders who merely organised constitutionally legal protests were arrested, detained and sentenced, the state has failed to take any measures to ensure accountability for the killing of the nine protesters or those who were injured.

The MFWA considers the prosecution of these protest leaders as a politically-motivated persecution of dissenting voices in Guinea. This amounts to an attack on freedom of expression, which is guaranteed by Guinea’s constitution. We therefore call for the release of the civil society activists and urge the authorities to ensure that all state actors uphold free expression, and freedom of assembly rights.