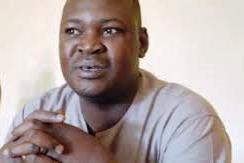 Ouedraogo’s sentencing followed a libel suit by a lawyer named Bouyain Armand. In a series of articles, the newspaper on May 14, May 31 and June 14, reported on an alleged case between Armand and one Christophe Delacroix, a Belgian expatriate in Burkina Faso. According to Le Reporter,Delacroix claimed Armand had forged and amended the terms of their contract in order to make more money off him (Delacroix).

The Society of Private Newspaper Publishers in Burkina Faso has protested the sentence, saying that there the facts and evidence produced by the Le Reporter in court indicated “obvious inconsistencies and flaws of the prosecution’s case.”

Meanwhile, Le Reporter has successfully appealed for a stay of execution, which is a court order temporarily suspending other court judgments or orders.

The MFWA condemns Ouédraogo’s sentence. On countless occasions, we have appealed to governments in the West Africa region to repeal laws that inhibit freedom of expression such as those criminalising speech-related offences.

While we appreciate steps taken by the transitional government in Burkina Faso, including the adoption of a draft bill on the decriminalisation of violations of the press laws on July 30, 2015, we are calling on the government to ensure that Ouédraogo does not serve a jail term.