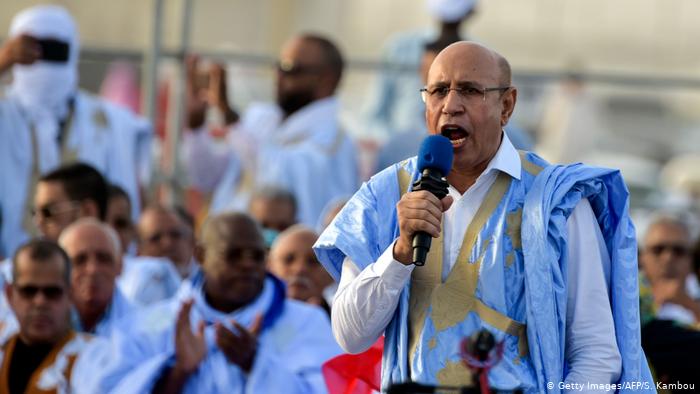 As the new team settles down to work, the Media Foundation for West Africa (MFWA) brings to its attention a number of press freedom and media development issues and recommends that they be given priority attention.

For many analysts of press freedom and expression in Mauritania, the new team will have to roll up its sleeves to restore the institution’s image. This is for the simple reason that, the HAPA is considered rightly or wrongly as an entity used by the Executive as a repressive tool against the media. To change this perception, there are many challenges to be confronted in order to contribute to the promotion of freedom of the media and of expression in Mauritania, which are essential for strengthening democratic principles and the rule of law.

Freedom of the press and expression

Two weeks after Houssein Ould Medou was appointed president of HAPA, Mauritania’s National Assembly approved on June 24 a new law considered repressive and liberticidal for social media networks. The adoption of the new law drew criticism both from opposition parties in parliament and from human rights activists who noted several “ambiguities” and “inaccuracies”. This law, when it comes into force, will impose a prison sentence of three months to five years, with fines of 50,000 Mru ($ 150) to 200,000 Mru ($ 600).

Another issue affecting press freedom is the attempt to intimidate and muzzle the critical media. Despite attempts at mediation, on November 13, 2020, the former foreign minister, Isselkou Ould Izidbich, took journalist Sidi Mohamed Ould Bellameche, Director of the Mourassiloun website, to court. The former minister and ambassador condemned the journalist for publishing an article about his meeting with current President Mohamed Ould Cheikh Ghazouani.

Between January 22 and 26, 2020, blogger Mohamed Ali Ould Abdel Aziz and journalists Abdou Ould Tajeddine and Cheikh Ould Mami were arrested and detained for posting a video on social media criticising President Mohamed Cheikh El Ghazouani and his government. Besides the case of blogger Ould Abdel Aziz and journalists Tajeddine and Mami, many other journalists have been severely harassed, attacked and at times brutalised, arrested and detained while carrying out their duties in Mauritania. For example, on July 15, 2019, Ahmed Ould Wedia, journalist with the private television channel Al-Mourabitoune, was arrested and detained for 12 days. On July 24, 2019, Camara Seydi Moussa, director of publication for the La Nouvelle Expression newspaper was arrested, detained and then released after several days of detention.

The most appalling case of a crackdown on freedom of expression in Mauritania was the controversial imprisonment of Mohamed Ould Mkheitir, who was sentenced to death for blasphemy in January 2014 for a Facebook post. He was not released until July 29, 2019 despite a court ordering his release earlier.

On June 2, the police arrested Salma Mint Tolba, the alleged author of a series of audio recordings questioning aspects of the government’s response to the COVID-19. Notably, she had accused the authorities of inflating the number of infections. Two other people, Mohamed Ould Semmane and Sidi Mohamed Ould Beyah, who were suspected to have participated in the dissemination of the audio, were also arrested.

Issue of State Support for the press

Another concern to which the HAPA is expected to pay attention is the distribution of the Public Aid Fund to the private press. In Mauritania, like most West African countries, news organizations are struggling to make ends meet, a situation made worse by the COVID-19 pandemic. The overall budget of MRO 240 million or more than 550,000 Euros of state aid to the press is supposed to represents some reprieve for the press. However, in the opinion of media professionals, this amount does not count much, due to the ’proliferation of newspapers’ and electronic sites. Worse, 30% of this state subsidy goes directly to the Imprimerie Nationale where all the newspapers are printed. This situation also affects the independence of the media to address critical issues of governance and to hold the government to account. For example, between December 2017 and June 2018 the print media was paralysed due to a strike by workers at the national printing press, and shortage of newsprint stocks.

As a result, the newspapers ceased to appear on newsstands, and the government asked Chaab and Horizons, the two public newspapers to publish their content on the internet through the website of the Mauritanian Information Agency (AMI).

In the face of the COVID-19 pandemic, state support is insufficient, the viability of the press has shrunk further. Advertisements have reduced to a trickle. In addition to the question of media viability, HAPA will have to deal with the sprawling publications, much of which remains fictitious. It is therefore important to take account of the various publication outlets which really exist in order to rationalise the distribution of the state support funds and improve the media landscape.

Another project which the new HAPA team is expected to pursue with vigour is  Access to Information for the populations in national languages. The Pulaar language newspaper “Fooyre Bamtaare”, the only national language publication, was visited by HAPA and local language coverage was strengthened. In view of the many challenges facing journalists in Mauritania, the role of mediation is a point the new team is also expected to address. This will help avoid unnecessary prosecution of journalists in court, and promote the amicable resolution of disputes. This provision is guaranteed under article 7 of the law establishing the HAPA to contribute “to the non-judicial resolution of conflicts between the media and between the media and the public”. It was illustrated in the case between the former foreign minister; Isselkou Ould Izidbich, and journalist Sidi Mohamed Ould Bellameche, Director of the Mourassiloun site.