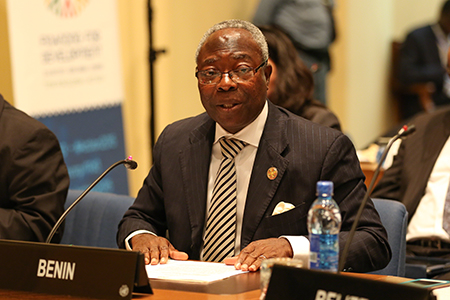 Benin’s Foreign Affairs Minister Saliou Akadiri on February 16, 2016, ordered the police to chase out a two-man crew from the privately-owned Canal 3 Television.

According to the MFWA’s correspondent in Benin, Canal 3 reported the incident with footage from the scene. The footage showed Saliou Akadiri refusing to answer questions from the journalists concerning the strike and ordering a police officer to chase out the crew.

The footage also showed a police officer wagging his index finger at the journalists and threatening them as they tried to interview the minister.

MFWA is shocked at the behavior of the minister. As a senior public servant, he has a duty to explain issues about the strike to the Beninois public. It is bad enough that he spurned the opportunity the TV crew offered him to do so; and it is a shame that he decided to humiliate the journalists who were simply carrying out their duty to the Beninois public. We call on President Yayi Boni to call his foreign affairs minister to order.