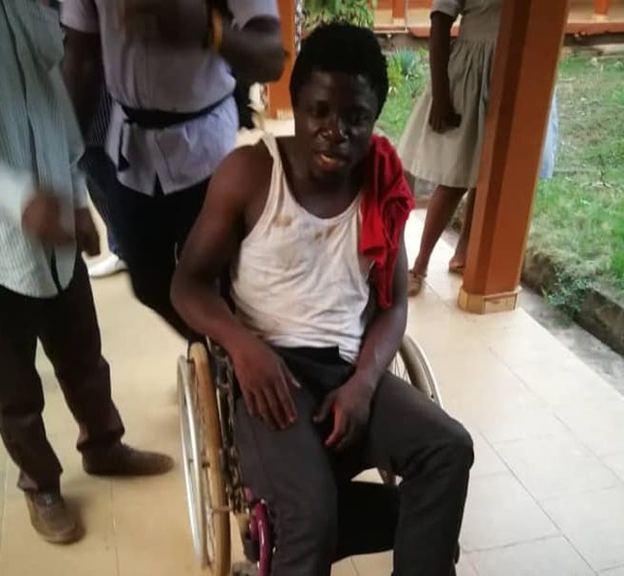 On November 19, 2020, Fayia Amara Fayia, an investigative journalist with the Standard Times newspaper, appeared in court for the tenth time to respond to charges of assault, disorderly conduct and obstruction of security officer’s duties.

Fayia’s is a sad case of a victim turned accused as he was rather brutalised by military personnel on April 2, 2020, while on COVID-19 coverage duties in Kenema, Sierra Leone. It also underlines the state of impunity for crimes against journalists and the urgent need for legal support for journalists under persecution in connection with their legitimate professional duties.

The journalist had gone to a suspected COVID-19 quarantine facility at Dama Road to report on activities there. However, he and other journalists who had come to seek information on the facility were denied entry. He, therefore, decided to take photos with his phone from a distance. At this point, one Mohamed Sesay, described as the District Council Chairman, ordered him to stop taking the photographs and asked to meet him “in camera.” As Fayia insisted that the Council Chair should engage him in the open, Sesay called one Major Fofanah to deal with him. The soldier lunged into Fayia and grabbed his mobile phone, before calling his colleagues, about nine in number, to subject the journalist to severe beating.

“Soon they started beating beating me with gun butts, kicking and all that. They threw me in a van and took me to the police station,” Fayia later narrated to the MFWA.

As the media fraternity in Sierra Leone and other press freedom organisations including the Media Foundation for West Africa (MFWA) condemned the attack and called for the culprits to be brought to book, the perpetrators rather struck again with a complaint of assault against their victim.

So seven days after soldiers assaulted Fayia, the police arraigned him before a Magistrate’s Court in Kenema on three counts of assault, disorderly behaviour and obstruction of security officers’ duties. The charges carry a minimum sentence of two years.

Granted bail on medical grounds by Magistrate Edwin on his first appearance in court, the journalist, also a student at Fourah Bay College in Freetown, has had to travel from the capital to Kenema nine more times for sittings followed by adjournments. The journalist has since been almost completely distracted from work.

The support provided by the MFWA forms part of its initiative to promote safety of journalists through support for the legal defense of journalists. Besides the traditional press freedom violations such as physical attacks, threats and arrests, criminal prosecution and civil action against journalists are becoming increasingly common.

Unfortunately, the cost of seeking justice for violations is often beyond the financial means of most journalists, and at the same time, the cost of defending suits is equally prohibitive. This situation tends to dissuade journalists from seeking legal redress for violations of their right, on the one hand, and, on the other hand, exposes them to the risk of imprisonment or crippling fines.

The MFWA’s Support for Legal Defence Fund is, therefore, aimed at supporting journalists in Ghana, Liberia and Sierra Leone who are arbitrarily arrested, physically attacked or under prosecution for discharging their duties as journalists.

The Fund was set up with funding support from the Embassy of the Kingdom of the Netherlands in Ghana. The support for legal defence is part of interventions under the Improving Press Freedom and Safety of Journalists Situation in Ghana, Liberia and Sierra Leone project which seeks to improve the safety of journalists’ conditions and fight impunity for crimes against journalists in the three countries. Journalists in the three countries can access the support till October 2021.