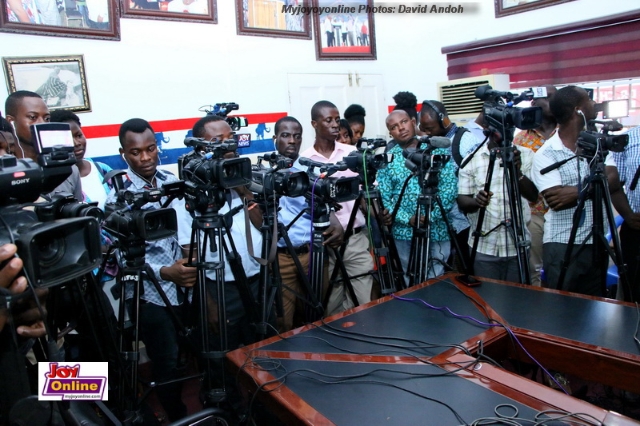 The Media Foundation for West Africa (MFWA), has observed with deep concern, pieces of inflammatory and inciting content related to the ongoing agitations about the 2020 elections results, that are being published or broadcast by mainstream media. Such contents have included calls for confrontations, incitement to violence, blatant unsubstantiated allegations and other acts that do not bode well for the peace of the country.

So far, the Ghanaian media have played a crucial role in the 2020 electioneering process despite the isolated cases of unprofessional conduct by a few media organisations. Ghanaians have relied on the media for information and education about the electoral process, voting process, collation and declaration of results.

Following the disagreements on the results declared by the Electoral Commission, it is important for all stakeholders, especially the media, to recognise and play the critical roles they must play to maintain the peace of the country. This must be done while recognising the liberties of individuals and groups to use legitimate means to seek redress to concerns and for asserting their rights under the laws of Ghana.

As the main source of information for the people, the media’s role in these critical times of tension is crucial than ever before. Media organisations and journalists need to recognise that their actions and inactions have the greatest potential of contributing to either the peace or instability of the country in these trying times.

Through their actions, the media can either help calm or amplify the tension in the country. We urge the media to act in ways that will ensure the calming of tensions rather than an escalation.

While not encouraging any acts of censorship or self-censorship, we remind the media of their public interest responsibility and the need for them to live up to that responsibility. We further wish to remind the Ghanaian media fraternity of how unprofessional, partisan actions of media organisations and journalists have resulted in violence and ruined peace in some countries.

We, therefore, call on media organisations and journalists in Ghana to help deescalate the growing tension by being very circumspect in what they choose to publish or broadcast and what they allow others to use their platforms to publish or broadcast.  This, the media can do by avoiding the use of and disallowing others from using hate speech, stereotypical comments, inflammatory and provocative remarks, inciting and other indecent expressions and pro-violence language on their networks or in their publications.