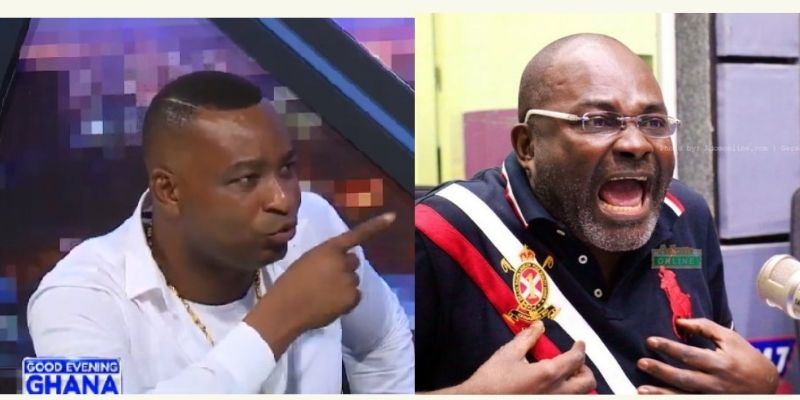 The September edition of the Media Foundation for West Africa’s (MFWA) Language monitoring on radio has cited Bernard Antwi Boasiako also known as Chairman Wontumi, NPP Ashanti Regional Chairman as the most abusive individual on radio. Others cited were Hon. Kennedy Ohene Agyapong, MP for Assin Central and Mugabe Maase, host of Power FM’s Inside Politics.

It is worth noting that, Agyapong and Chairman Wontumi’s ownership of Oman FM and Wontumi Radio respectively, gives them unfettered access to these platforms. Regrettably, they have persistently used the opportunity to utter abusive remarks.

Over the monitoring period (September 1-30), a total of 1,586 radio programmes were monitored on 20 selected radio stations across the country. The programmes included news bulletins, and political/current affairs discussions aired on the 20 radio stations. A total of 78 indecent expressions were recorded by 41 individuals.

The 78 indecent expressions are made up of Insulting and Offensive comments; Unsubstantiated allegations; Threats; Provocative remarks; Expressions or Comments promoting Divisiveness and Comments inciting violence. The 41 individuals who made the indecent expressions featured on the radio programmes as hosts, discussants/panelists, interviewees, callers and texters.

The language monitoring project seeks to promote issues-based campaigning and use of decent language/expression before, during and after Ghana’s 2020 elections. The project which is also being implemented in Cote d’Ivoire and Niger is with funding support from OSIWA.

The instrument being used for the monitoring, which contains the category definitions for tracking and reporting of indecent language on radio is also available here. For further clarifications and media interviews, contact the Programme Manager, Abigail Larbi (0244867047) or Programme Officer, Kwaku Krobea Asante (0249484528).