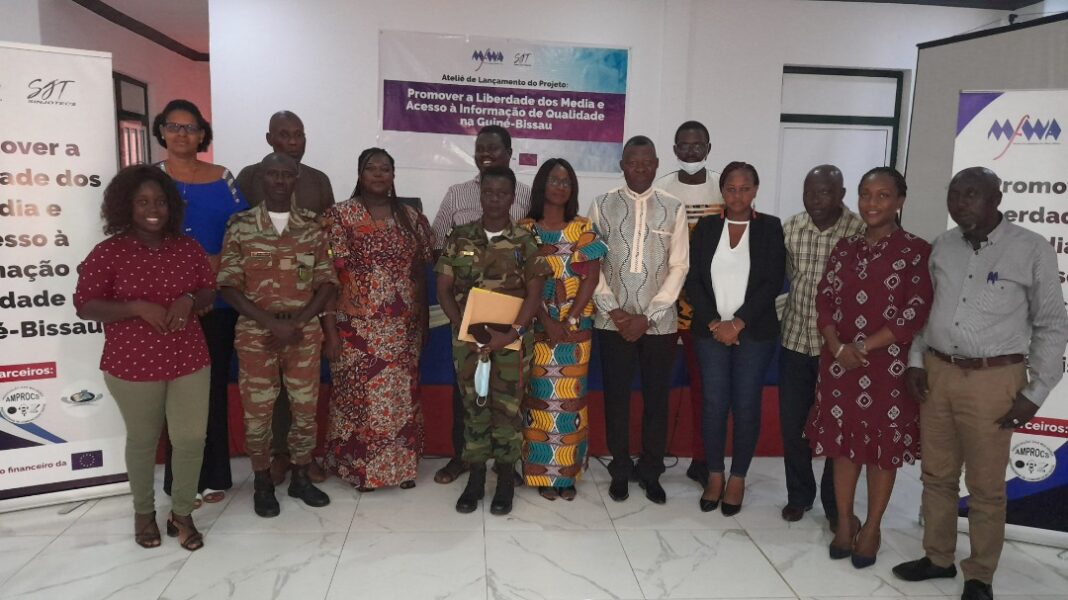 Starting October 9, 2022, 130 representatives from key state and media institutions in Guinea Bissau will benefit from a series of capacity-building sessions on Media, Freedom of Expression and Digital Rights. The training workshops are organised by the Media Foundation for West Africa (MFWA) with funding from the European Union.

Eighty representatives selected from the police, military, regulatory bodies, the judiciary and the human rights commission will participate in the training workshops. They will obtain enhanced knowledge and capacity on human rights issues, press freedom, freedom of expression and digital rights and ways of improving the same in Guinea Bissau. Areas such as the UN charters, relevant SDGs, UNESCO’s safety of journalists’ indicators, media-security relations and best practices in other jurisdictions will be highlighted towards increasing their efforts at protecting and defending the media and other victims of human rights violations. The State actors will also use the opportunity to validate and adopt a Tailored Training Manual on Media and Freedom of Expression (including Digital Rights).

The media actors will also be equipped with the knowledge, campaign and advocacy skills for effective campaigning that promotes freedom of expression rights and media professionalism in Guinea Bissau.

The state and media actors’ training workshops form part of activities under the MFWA’s three-year Media Freedom project titled: Promoting Media Freedom and Access to Quality Information in Guinea Bissau. The overall objective of the project is to ensure that journalists and other media actors in Guinea Bissau are safe and secure, and produce ethically-appropriate, timely, and fact-based journalistic content that fosters peaceful co- existence and enables public access to quality information in an environmentally sustainable manner being implemented in Guinea Bissau.

The MFWA’s Media Freedom project in Guinea Bissau is funded by the European Union. It was rolled out with inception meetings with key stakeholders and an official project launch in June 2022.

As part of activities under the project, a common website is being developed for the key media actors to be used for publicising issues of media rights violations, media policy development and initiatives to improve the media landscape in Guinea Bissau. The website is also expected to increase visibility for the work of media actors.

Again, journalists and managers of 10 major and influential media organisations have been selected to benefit from in-situ training sessions to increase their capacity to produce quality, fact-based and ethical content that discourages tendencies of extremist radicalisation and enables citizen’s access to quality information while 35 social media influencers have been selected for training workshops towards using their social media platforms for countering messages of radicalization and violent extremism, especially among the youth.