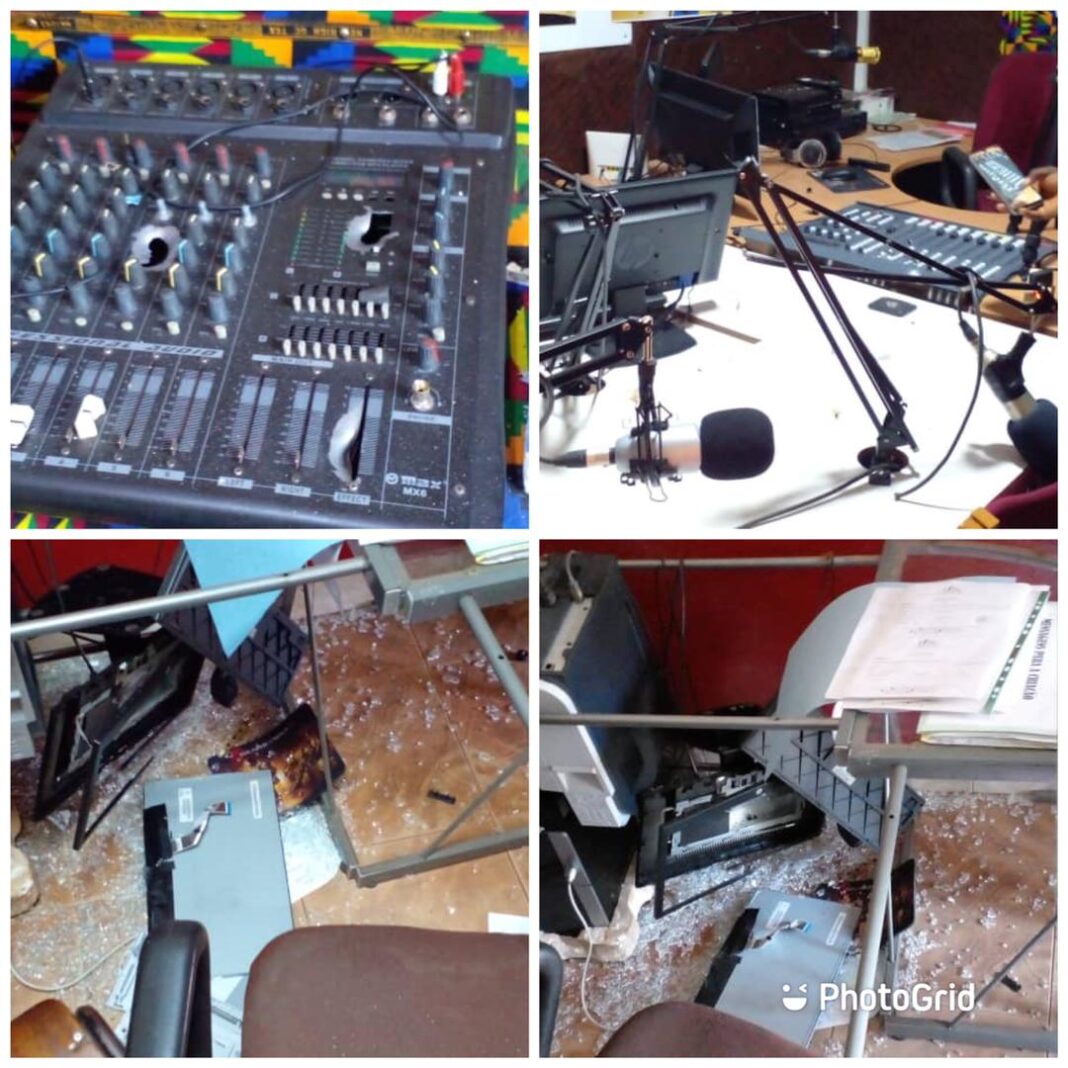 The Media Foundation for West Africa (MFWA) strongly condemns the armed attack on the privately-owned Rádio Capital FM based in Bissau and demands thorough investigations into the incident.

Three journalists were also injured. One of them, Ansumane So, was rushed to the Military Hospital in Bissau for treatment for a fractured arm. The others are Maimuna Bari and Bala Sambú. Maimuna Bari is currently in coma. Doctors say her condition is critical, having suffered rib and spine injuries from a fall from four meters.

Other staff who sustained injuries trying to escape the attack are Lassana Djassi, Bakar Kuiaté, and Alssene Kandé.

The attack comes six days after an abortive coup attempt claimed a dozen lives in the presidential palace where the Cabinet was in session. Radio capital is a highly critical media organisation perceived to be against the current government. This is the second time in less than two years that the station has been attacked by unidentified men in uniform.

On July 26, 2020, a group of armed men in police uniform raided the station and destroyed its equipment. Despite the Interior Minister, Botchá Candé, visiting the station after the attack and assuring the management of thorough investigations, nothing happened.

About two weeks after the incident, thirty radio stations across the country suspended broadcasting for 24 hours to show solidarity with Radio Capital FM and demand action from the authorities.

The distraught Executive Director of Rádio Capital FM, Lassana Cassamá, lamented “They have destroyed the radio again,” in apparent recall of the July 2020 attack.

Sumba Nansil, head of training and capacity building at Radio Capital, told the MFWA the latest attack has been encouraged by the lack of accountability for the previous one. Nonetheless, the station has reported the matter to the police. The police have gone to the station to assess the extent of the damage caused.

Meanwhile, the Ministry of Interior has denied claims of government involvement in the attack. Speaking at a press conference hours after the incident, the Deputy Commissioner for Public Order at the Ministry, Salvador Soares, also dismissed allegations of government losing control of the law and order.

“The situation is already calm and people can go back to their daily lives”, the government official assured, adding that the attack is an “isolated incident”.

Diamantino Lopes, a journalist with the SINJOTECS, MFWA’s national partner in Guinea-Bissau, told the MFWA that “there are no legal reasons for this invasion by armed men. It is simply an abuse of power. You cannot attack a radio, simply because you disagree with its editorial line”, he added.

A delegation from the SINJOTECS has visited the premises to condemn the attack and express solidarity to the media outlet. Fátima Tchuma Camará, Vice-president of the SINJOTECS, described this attack as an “attempt to silence Rádio Capital FM”. She added that people can always resort to court if they have any disagreement with a radio, instead of attacking and ravaging a radio’s premises.

The MFWA is deeply concerned about the attack on Radio Capital which adds to the climate of insecurity created by the attempted coup of February 1, 2022. The cowardly attack aimed at intimidating the media house into silence cannot be tolerated in any democratic society. The MFWA expects the military authorities to be equally concerned about the incident, especially because the perpetrators were said to be clad in military uniform. We call on the government to redeem itself in respect of its failure to unravel the previous attack on radio Capital by acting promptly and decisively this time around to arrest and punish the perpetrators.