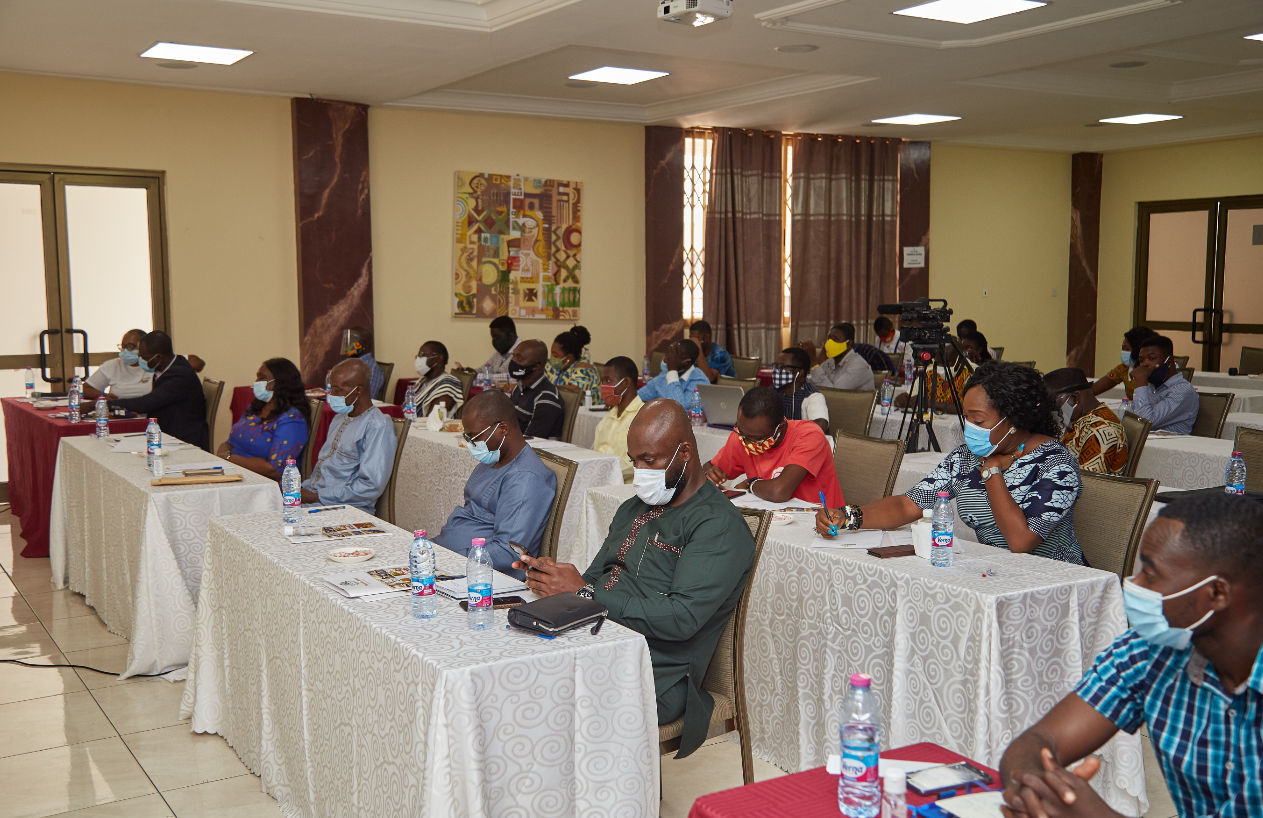 Political party representatives have pledge to commit to speaking to issues and not engage in insults and hate speech in the lead-up to the December 2020 elections in Ghana.

The commitments were made at a meeting organized by the Media Foundation for West Africa (MFWA) to engage political party communicators on an Elections Communication Guide (ECG), to promote issues-based and decent campaigning ahead of this year’s elections.

The event took place on Thursday, July 30, 2020 at Tomreik Hotel in Accra. It brought together party communicators, representatives from the National Media Commission (NMC), the Ghana Independent Broadcasters Association (GIBA), The National Peace Council (NPC), the Ghana Journalists Association (GJA), academics, CSOs and the media under one roof to validate an Elections Communication Guide developed by the MFWA.

Senior Lecturer, Political Science Department at the University of Ghana, Dr. Alidu Seidu reminded the party communicators during a presentation on the effects of insults and hate speech on political fortunes, that, engaging in such acts could lead to retributive voting, affect fundraising efforts, abandonment by rational voters, brand a political party negatively and eventually costing the party an election.

The medias’ role in ensuring issues-based campaigning is as crucial as that of the political parties. This was made clear by Professor Kwame Karkari media development expert and Lecturer Faculty of Foreign languages, Education and Communications at the University of Education, Winneba.

He said accuracy, fairness and adherence to ethical standards are some of the ways the media can curtail hate speech and indecent expressions.

He reminded the media that, is it in their own interest to actively avert hate speech and protect the peace and democracy of the country because “the media is the first and big target during conflicts.”

The first section of the ECG edited by Dr Gilbert Tietaah covers the actors and role of political party communicators in the electioneering process. The second section delves into the definition and illustrations of Indecent Expression and categories which serves as the tool for the language monitoring on radio.

The final part gives recommendations on how each actor in the political space could contribute towards minimizing indecent language and institutionalizing and promoting the culture of decent issues-driven campaign.

At the end of the presentations the political parties made public commitments to promote issues-based discussions on air and on their campaign platforms.

This activity is part of MFWA’s project on Promoting Decent Language and Issues-based Campaigning for Peaceful Elections in Ghana in 2020. The project involves the monitoring of radio stations to name and shame perpetrators of hate speech and other indecent expressions, and the radio stations that allow such expressions on their platforms.