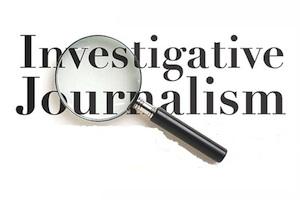 The Media foundation for West Africa (MFWA), in partnership with DW Akademie, is organising a Coaching and Mentoring workshop on investigative journalism for 30 selected journalists across Ghana.
The initiative, which is under the MFWA’s “Journalism for Change” (J4C) project, is targeted at journalists who have demonstrated potential for investigative reporting and commitment to ensuring positive changes in society through their investigative work.
The objective is to inspire them and enhance their knowledge and skills for effective investigative reporting. It is also to afford participants the opportunity to network and build synergies for more effective and impactful investigative reporting.
The Investigative Journalism workshop will be held in Accra on 2-3 December, 2015 and in Kumasi on 7-8 December, 2015. They will feature sessions such as the Concept of Investigative Journalism and Importance of Data; the Art and Skill of Conducting Effective Interviews for an Impactful Investigative work and How to Empower Citizens to Access Information and hold duty bearers accountable.
Resource persons for the workshop include Mrs. Elizabeth Ohene, Seasoned journalist with experience in Ghana and the BBC World Service, London; Mr. Kwaku Sakyi-Addo, one time correspondent for both BBC and Reuters and host of several award-winning current affairs programmes on radio and television, Manasseh Azure Awuni, Broadcast Journalist and Ms. Evelyn Groenink, founder of the Forum for African Investigative Reporters, South Africa.
“The ultimate objective of our Journalism for Change Project is to inspire high quality journalism that does not only contribute to accountable governance in Ghana but also promotes citizens’ access to information,” said Abigail Larbi-Odei, Programme Officer for Media, Democracy and Development at the MFWA.
She added that, the MFWA seeks to groom and inspire young, committed journalists to pursue global standards in investigative journalism. “Going forward, we are constituting a high level Journalism for Change Network where members will be supported to produce impact-making stories and also capacitated to support advocacy on citizens’ right to access information”. She further noted.