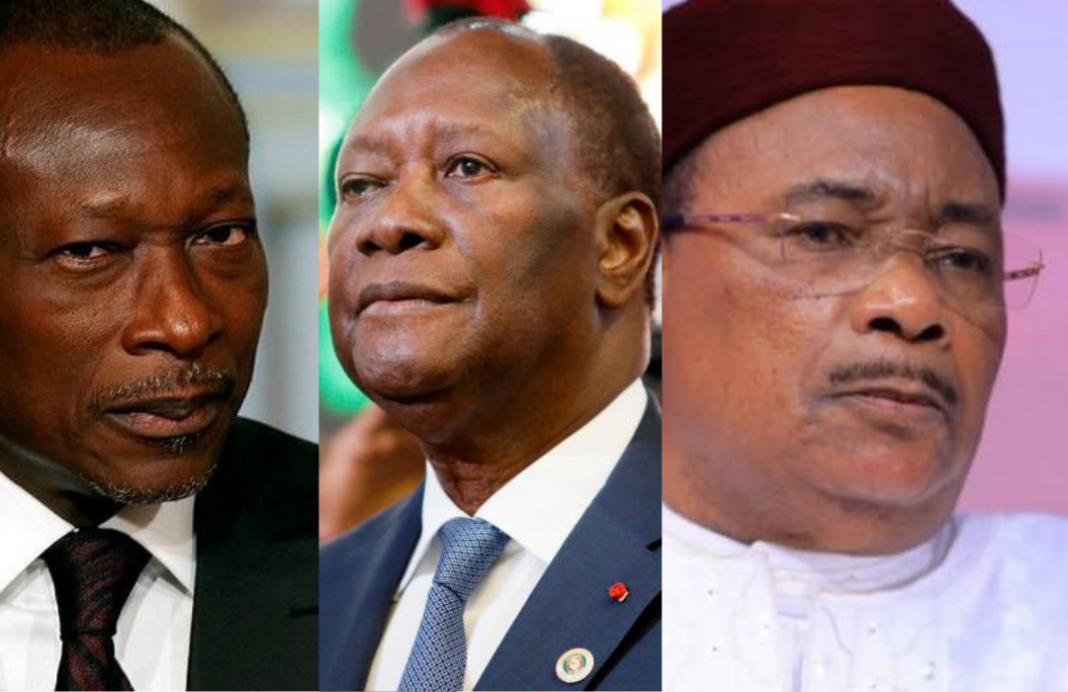 However, there is a creeping culture of repression in recent times. A trend of physical attacks and arbitrary arrests and detentions have been observed.

With the growth in internet penetration and the massive use of social media, several governments have modified existing laws, while some have adopted new ones such as cybersecurity or cybercrime laws that can be used to suppress free speech. In several instances, these new laws have been invoked and interpreted to target and abuse critics and dissidents of governments across countries in the region.

Though libel and defamation have been decriminalized under press codes in many countries, new concerns about fake news and publication of false information have led to the adoption of false information laws, often with vague provisions that are exploited to harass critical media houses and journalists publishing online, particularly on social media. Similarly, the laws are interpreted to suit individual and political agenda, especially when critics and dissidents of government or influential individuals are targeted.

This article presents some of the key adopted legal frameworks that are considered detrimental to freedom of expression particularly for online and social media publication in seven countries in francophone West Africa. The piece also details how these legislations have been used to suppress dissidents of governments and critical voices.

The freedom of expression both offline and online is guaranteed by the Benin Constitution, under article 23. Article 142 gives power to HAAC, the media governing body, to regulate the media landscape both offline and online. Too often, this body goes after outspoken media houses and journalists in what is perceived as a state-sponsored crackdown. For example, the HAAC in 2020, threatened several online media organisations with a shutdown. It took an outcry from the media fraternity for the regulator to rescind its decision.

Equally worrying is the digital code (in French: le Code du Numérique) which is widely denounced as inimical to freedom of expression online.  Article 550, paragraph 3 of the law punishes the dissemination of false information with up to six months’ imprisonment. Based on this law, several journalists and political activists were arrested, prosecuted and sentenced to prison in the country. For instance, journalists Ignace Sossou, Casimir Kpédjo, Donatien Djéglé and the activist Jean Kpoton, were arrested and brought before the court under the Digital Code.

Article 8 of Burkina Faso’s 1991 Constitution guarantees and protects freedom of expression both offline and online for all persons, regardless of the media channel. Aside from the constitutional provisions, there is la loi n°058-2015/CNT which regulate the online press, and the ordinance (n°086-2015/CNT), which serves as a legal framework for the online press in the country. These laws are generally considered progressive and protective of media and freedom of expression.

In addition, other legal frameworks regulate electronic or digital communications and seek to enshrine freedom of expression, access to information both online and offline. The country has adopted a law (loi n.010-2004/AN) that protects privacy and personal data.

However, with the surge in terrorism in the Sahel region confronting Burkina Faso, the country recently reviewed the penal code by imposing some restrictions and controls on the free flow of information. This poses threats to freedom of expression and restricts media and press independence.

Two laws were adopted that modified the penal code. These laws are law n°025-2018/AN 31 May 2018 of the Penal Code of Burkina Faso and the amending act, law n°044-2019/AN. These laws regulate the publication of information about military operations related to terrorists’ attacks.  These laws effectively reverse the gains made in terms of depenalisation of press offences and impose criminal sanctions on what is otherwise a non-criminal press offence. It imposes prison sanctions, including fines up to 10 million CFA francs (1,7980 USD) for publication, in any medium, liable to undermine security.

Also, the law enjoins media and journalists to obtain authorisation before publication and gives full power to the authorities to crack down on or block online publications on the military. In 2018, Naim Toure, a social media activist, was arrested and sentenced to prison for criticising the security forces.

Freedom of expression online is guaranteed under articles 18, 19, and 20 of the 2016 Constitution. Though press offence is decriminalised by the law, (in french) loi n°2017-868, it imposes hefty fines on media and journalists found culpable of defamation, publication of false information, etc. either online or in the traditional media.

The fine varies between 8500 USD and 17 000 USD. Several media houses and journalists have been fined and this seriously undermines the viability of media.

Also, the offence of insulting the President is punishable severely under the criminal code. The sanction can go up to 2 years in prison, with a fine of up to 3 million CFA ($US 5,740). For instance, in 2018, Eddie Armel Kouassi, a student, was brought before the court for allegedly posting an article questioning the nationality of President Alassane Ouattara and Fabrice Sawegnon, an influential individual.

The provision on the offense of insulting the President is extremely vague, elastic and liable to broad interpretations. This silences critical media regarding certain publications about the President.

In 2013, Côte d’Ivoire adopted a cybercrime law (loi 2013-451, relative à la lutte contre la cyber sécurité). This law punishes by up to twenty years and fines of up to 185,163 USD perpetrators of cybercrimes including press offences committed online. While the adoption of cybersecurity law is laudable to fight against crimes in cyberspace, they are potential threats as they can be invoked arbitrarily by a repressive government to crack down on dissent and opponents for critical publication online.

Like most countries in West Africa, Guinea guarantees its citizens freedom of expression both online and offline. However, there are other frameworks regulating telecommunications, internet and communication-related issues.  There is no specific law governing the internet and social media. Meanwhile, the press code, L/2010/02/CNT, regulates journalist and media work both offline and online and decriminalises press offences.

The authorities often invoke the cybersecurity law (N. L/2016/037/AN) to crackdown on freedom of expression online.  Article 32 and 33 of the cybersecurity often stretched to cover “state and public security’’ providing a pretext to harass, arrest, detain, prosecute and imprison journalists.

For instance, Algassinou Diallo, a journalist working with the privately-owned radio, Lynx FM, was subjected to judicial harassment on the basis of the above articles in 2019. The journalist had granted a telephone interview on radio to Madame Sanoh Dossou Conde, a fierce critic and dissident of the government.

Similarly, several journalists and social media activists were arrested on the basis of the cybersecurity provisions for critical publications against President Conde’s attempt to seek a third mandate. Oumar Sylla, a leader of the FNDC, a political protest movement, was arrested and sentenced to prison in April 2020, for publication of false information.

On October 27, 2020, Mamadi Condé, a sympathizer and social media activist of the opposition party, was arrested by the security forces. He was accused of undermining state security, incitement to violence, incitement to the destruction of public property through his publications on social media.

The digital space is regulated by several texts in Mali. Concerning media and freedom of expression online, the Constitution guarantees freedom for all, under article 7.

In addition to the constitutional provision on freedom of expression, other laws govern the media space both online and offline, namely the law; la Loi N° 00-046/AN-RM du 7 Juillet 2000 on press regime and offence, Loi n°2012-019/ related to private audiovisual communications services.

However, Law No. 00-046/AN-RM is the most significant one as compared to the repressive disposition of legal frameworks of 1988 and 1992. But still, there is much to be desired. This is because the law does not decriminalize press offences. Several journalists were arrested and sentenced to prison for their publication both online and online.

Article 4 of this law, contain disposition that can be interpreted to repress fierce critics and dissident based on public order, security or national unity. Indeed, article 4 states that: “No one shall be allowed to use the audiovisual media to incite hatred, violence, undermine the integrity of the territory or jeopardize national harmony and unity”.

Articles 74 to 78 are liable to undermine privacy and personal data protection. Other articles like 83, 84, 85 and 86 authorise surveillance and interception of telecommunications. What all this means is that the invocation, interpretation and application of these articles can be abusive by an ill-intentioned and repressive government. Variably, these provisions can be invoked to target opponents or critical dissidents at the behest of state security or other state-sponsored attacks on freedom.

For instance, journalist Ibrahim Adiawiakoye was arrested on September 18, 2020. Officials of the judicial police raided the premises of the online newspaper, Mali Scoop. Without presenting any summons or warrant, they arrested the journalist upon the complaint of the former minister, Harouna Touré, following an article published by the online media.

The adoption of the ordinance N° 2010-35 du 04 Juin 2010, on the freedom of expression regime was considered a major milestone. This law decriminalises press offences, however, several journalists have been arrested for their publication on social media, under the civil code or cybersecurity law.

Similar to Mali, Niger cyber security law intrude into privacy and forestall freedom on line. Articles 27 to 32 of the cybercrime law (LOI N°2019-33 du 03 juillet 2019) listed a series of offences, including defamation and publication of false information.

The law imposes up to 3 years of imprisonment with fines that can go up to $ US 8000.

Several journalists and individuals have fallen victims to this repressive law. For instance, the journalist Samira Sabou, Kaka Touda, Ali Souman have borne the brunt of this cybercrime law.

Additionally, individuals and activists such as Amina Maiga, working in a district court in Niamey, the activist Mahaman Lawai Nassourou, and Garba Dan Saley Laouali were among other individuals that were persecuted with the cybercrime law for either sharing or publishing articles deemed unfriendly to authorities on social media.

Article 25 and 26 of the Constitution form the basis of freedom of expression and press freedom in Togo as in all the six countries featured in this analysis. Additionally, other laws and frameworks come to underpin specific rights and regulations, according to the sector. The press code (loi n. 2020-001 du 7 Janvier 2020) also guarantees the freedom of the press both offline and online. Press offence is also decriminalised. There is no specific law governing online newspapers.

However, there is a criminal code whose article 498 is considered repressive. Its application is susceptible to undermine freedom both online and offline. Under this article, a journalist or anyone deemed sinful of false publication or dissemination of false news or fake news can be prosecuted and sentenced to six to two years in prison, with a fine at the tune of 500,000 FCFA ($ US 894) to 2,000,000 FCA ($ US 3,575).

Article 498 of the criminal code and article 25 of the cybersecurity laws can be interpreted abusively to target any critical publication under the pretence of the fight against false information and disinformation.

Recently, a court fined Ferdinand Ayite, an investigative journalist and editor of the newspaper Alternative, to pay more than $US 7000 as a defamatory fine for exposing corruption involving high profile authorities in the oil sector scandal in Togo.