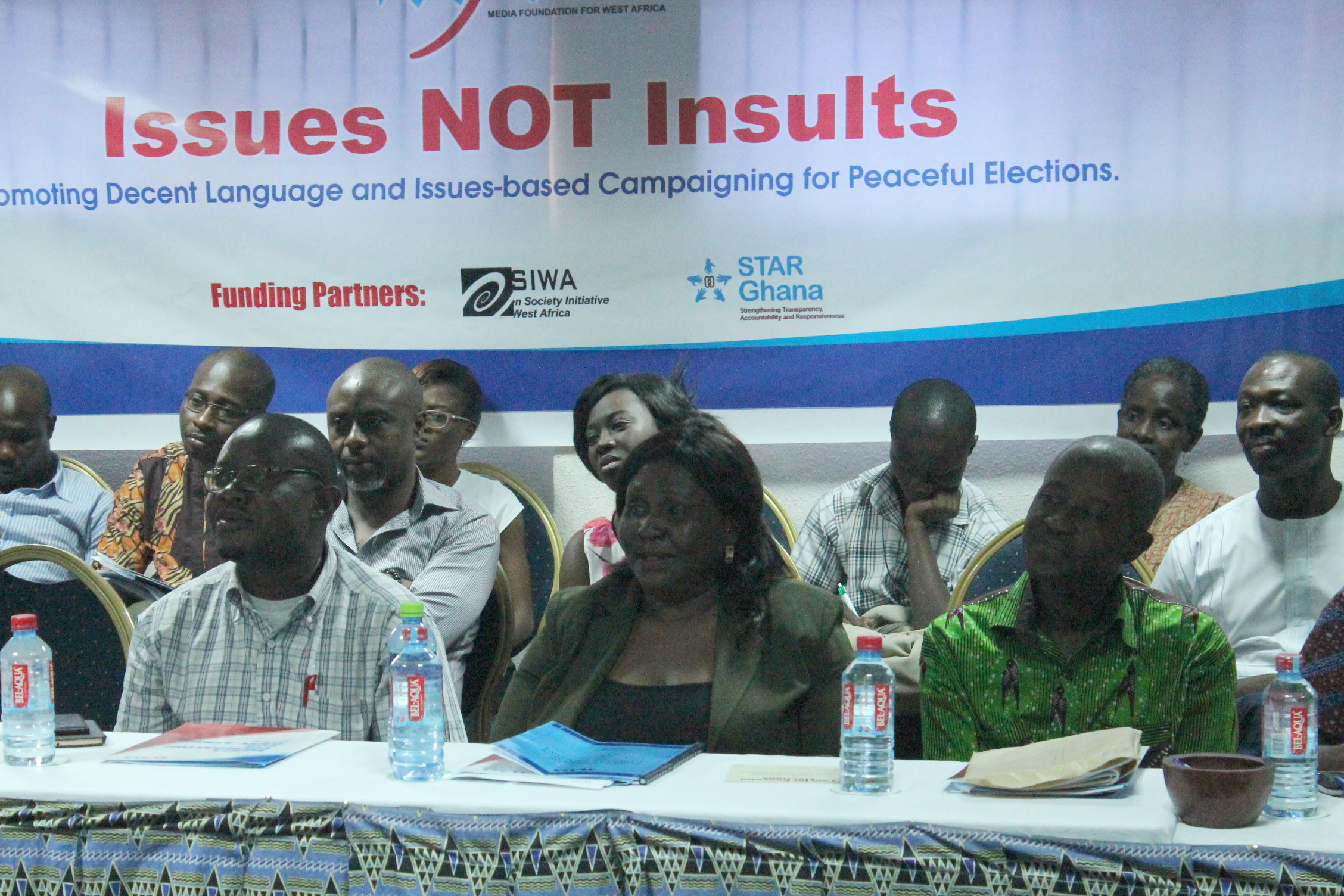 The Media Foundation for West Africa (MFWA) will on Tuesday, August 2, 2016 hold a forum with regional-level communicators of the various political parties in the Ashanti region of Ghana.

The meeting is to deliberate on emerging issues in elections campaign communications and ways by which the 2016 elections will be issues-based devoid of abusive language.

The Forum which forms part of MFWA’s project on Promoting Issues-based and Decent Language Campaigning for Peaceful Elections will also provide an opportunity for the communicators to discuss the findings of the Language Monitoring reports. Issues and questions such as how is the monitoring done and what are the definitions of categories being used will also be addressed. It is scheduled to take place at the Miklin Hotel, Danyame Estates, Kumasi at 9:30 a.m prompt.

The MFWA under its “Issues NOT Insults” project is monitoring and tracking the use of abusive language by politicians and activists on selected radio stations across the country. The Project also involves monitoring and reporting how presenters or moderators of the target stations handle their programmes. It names and shames politicians who use abusive language and radio station presenters who allow their platforms to be used to abuse others.

The project which spans April to December 2016 is being implemented with funding support from OSIWA, STAR-Ghana, the embassy of France in Ghana and the EU (through Socioserve-Ghana).